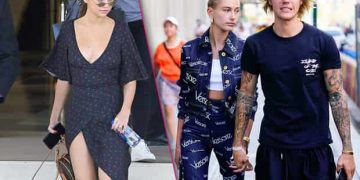 Justin Bieber unexpectedly admits that he mistreated with Selena Gomez and couldn’t be loyal to Hailey when dating.

Justin Bieber unexpectedly admits that he mistreated with Selena Gomez and couldn’t be loyal to Hailey when dating.

Justin Bieber finally spoke up about his past mistakes, in relation to both Selena Gomez and Hailey Baldwin.

Justin Bieber unexpectedly admits that he mistreated with Selena Gomez and couldn’t be loyal to Hailey when dating.
The love story between Justin Bieber, Selena Gomez and Hailey Baldwin always attracts great attention from fans, but rarely insiders speak up. But recently, in an interview with MC Zane Lowe on Apple Music, male singer Justin Bieber admitted: “I confided honestly with Hailey as soon as we started dating. I said:’I said, “Listen, I’m still really hurt and still trying to figure out my way, and I’m not ready to make a commitment to you in a way that … I just don’t want to say something and do the opposite”

Justin Bieber also revealed that he had done many wrong things with Selena Gomez and was still tormented about this even while dating Hailey Baldwin: “I used to stand still, let myself “I’m living in the past. I’m honest with Hailey that I’m not sure I’ll be faithful. Even if I want to, I can’t be sure.”

When asked what caused the singer so much pain, he explained, “I think the pain that the previous relationship has brought is still unresponsive. Most likely because I have not forgiven because of what I did. To be honest, I thought I didn’t even know what I had to deal with during that time. I didn’t realize I hadn’t forgiven myself. ”

Finally, Justin Bieber added to how Hailey changed him: “I used to not want to tell Hailey anything. I felt she still respected me and so did I. “I didn’t want to say anything. After that, she left. We didn’t talk to each other, which made me more disappointed.”

The interview came just after singer Selena Gomez opened up about the mental stress she suffered when dating Justin. The singer said, “I have found strength from that time. It is very dangerous when I always carry the victim’s mentality. I have no intention of disrespecting anyone but I feel like I’m the victim of the reverse mental treatment “.