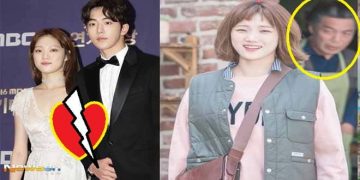 Recently, an account specializing in posting secrets of Kbiz has published a series of rumors related to the beauty of “Weightlifting Fairy Kim Bok-Joo” Lee Sung Kyung. Accordingly, the beauty born in 1990 may leave YG in the future, participating in a variety show with a famous female idol.
This account also revealed Lee Sung Kyung’s list of close friends in the artist world. It can be seen that, although she is an actress, she is close friends with 3 Kpop popular female idols including Rosé (BLACKPINK), Jeongyeon (TWICE) and Minnie (G) I-DLE. Besides, the most attention is the rumor Lee Sung Kyung dating an old man.
Currently, this information is causing storms in the Korean online community.

On April 24, 2017, Dispatch released a series of dating photos of Lee Sung Kyung and Nam Joo Hyuk. YG Entertainment quickly confirmed, announcing that the beloved couple from the movie Weightlifting Fairy Kim Bok-Joo officially dated. The couple dated from January 2017 and unexpectedly broke up in August 2017. YG Entertainment then confirmed to the press, “It is true that Lee Sung Kyung and Nam Joo Hyuk have decided to break up.”