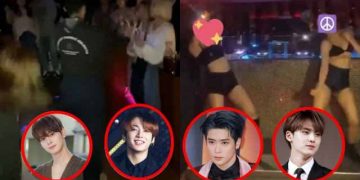 Reporter who took off Scandal Seungri took action: Uncovering Jungkook (BTS) & 3 idols to a bar with half-naked women at the covid-19 outbreak at Itaewon

Reporter who took off Scandal Seungri took action: Uncovering Jungkook (BTS) & 3 idols to a bar with half-naked women at the covid-19 outbreak at Itaewon

The 4 members including Jungkook (BTS), Cha Eun Woo (Astro), Mingyu (SEVENTEEN) and Jaehyun (NCT) continue to be accused by SBS of going to the bar with coolly dressed girls at Itaewon outbreak. It was the reporter who exposed the scandal of Seungri and his friends.

Reporter who took off Scandal Seungri took action: Uncovering Jungkook (BTS) & 3 idols to a bar with half-naked women at the covid-19 outbreak at Itaewon.

After the idols and the company apologized, the 4 members incident including Jungkook (BTS), Cha Eun Woo (Astro), Mingyu (SEVENTEEN) and Jaehyun (NCT) gathered. At the bar in Itaewon that has gradually subsided, recently SBS has continued to reveal many unexpected information related to the incident. Specifically, on May 21, SBS posted an analysis clip about the issue of 4 Idols. 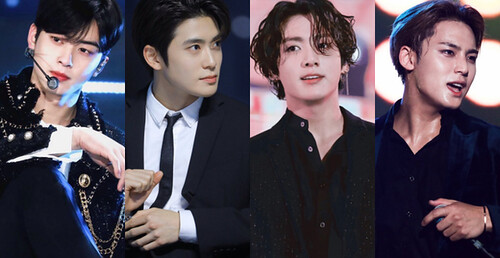 One of the two reporters appearing in this clip is Kang Kyung Yoon – a famous reporter after peeling off a series of celebrity photos, such as Seungri’s Burning Sun (BIGBANG). In the clip, the SBS reporter said the male idols ate pizza together, went to Jack’s Bar and finally to Boombar. According to reporter Kang Kyung Yoon, Boombar acts as a bar and a club. This place is famous for semi-naked girls and many sexy dancers dressed. 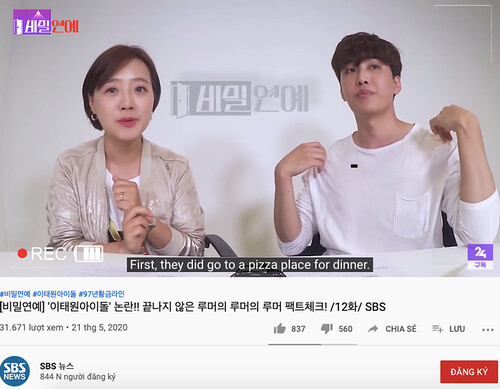 This information made the netizen frustrated and angry because before, the company confirmed that the 4 idols only go to restaurants and bars, not to mention going to places like Boombar.

Some comments from netizen:

– These people say they never go to clubs and only eat pizza. They apologize for going out to meet and eat and drink with friends. Is this a place to sell pizza?

– On normal days, this is just a place to eat and drink but on weekends it turns into a club. These 4 people went there on the weekend.

– Honestly, I hate those who have deliberately concealed this. What crap is a healthy club?

Previously, on May 18, Dispatch released exclusive news that Jungkook, Cha Eun Woo, Mingyu and Jaehyun gathered at the bar in Itaewon on April 25, this is the day the Korean Centers for Disease Control ( KCDC) still recommends that people be cautious about social distance. After that, the agency of these 4 idols confirmed and apologized to the public. Jaehyun and Cha Eun Woo also wrote handwritten letters to apologize to fans.