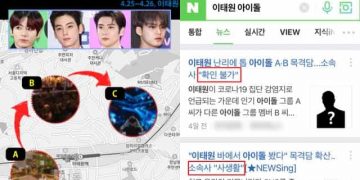 Last week, rumors of two famous A and B idols going to bars in Itaewon during the Covid -19 outbreak here broke out, causing public outrage. To this day (May 18), Dispatch has released a series of evidence to prove this rumor is true and also publicly identifies the names of 4 male idols: Jungkook (BTS), Cha Eun Woo (Astro), Jaehyun (NCT) and Mingyu (SEVENTEEN). 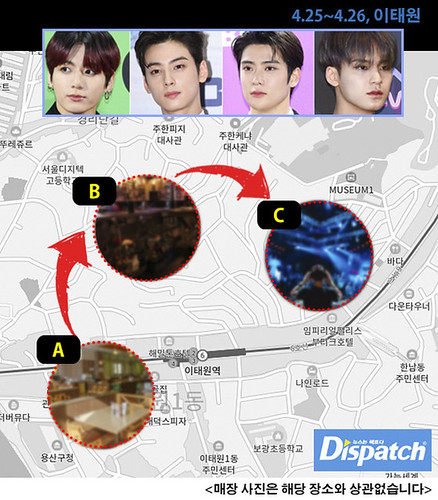 According to the exclusive information from Dispatch, on April 25, the day the Korea Disease Control Center (KCDC) issued a notice calling people to be careful and stressing the importance of social disengagement, These 4 idols have gathered at Itaewon. Not stopping there, despite being isolated for 2 weeks because of the outbreak, Cha Eun Woo and Jaehyun are still operating as scheduled.

The famous news site confirmed that 4 idols went to a restaurant and 2 entertainment facilities. The problem lies in their move after the Itaewon outbreak. It is known that KCDC requires people who come to Itaewon area from 24 / 4-6 / 5 to have medical examination. These 4 idols did as requested by KCDC and received negative results with Covid-19.

However, KCDC advises the group to come to Itaewon during the above period to isolate themselves for 2 weeks because of the incubation period, which means they must stay at home until May 10. But in fact, Cha Eun Woo started promoting his comeback with Astro from May 7, appearing in two programs “Cultwo Show” and “Hidden Track”, performing at Music Bank on May 8, at Music Core on May 9. Jaehyun continued to be an MC at Inkigayo, appearing on television in episodes aired on April 26, May 3 and May 10. Jungkook and Mingyu did not have a specific schedule during this time.

A witness who met 4 idols at Itaewon said, “I was at the same place as these idols. I went to test and got negative results with Covid-19. But even so, I still myself.” isolation for 2 weeks. The most trouble is when people act as if nothing happened and still operate normally “.

Notably, the second place these idols visited was temporarily closed under orders of social distance. This is a venue operating under a combination of bar and club, it is difficult to continue business because of its own nature.

In addition, the companies representing this idol group also caused controversy because of an affirmation of respect for privacy, unable to confirm the previous information. During the promotion period, Kpop idols often do not get to rest and must work continuously according to a tight schedule. They are more likely to be exposed to many behind-the-scenes staff and team members.

Dispatch said that the entertainment companies were too irresponsible for not disclosing information about the above activities, condemning these 4 idols for failing to comply with KCDC’s social separation request.

According to the latest information, Big Hit and Fantagio are exploring the information in this Dispatch article.