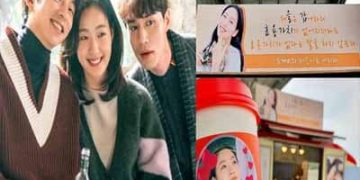 Fans of the movie "Goblin" have the opportunity to rejoice in the close affection of "couple" Gong Yoo - Kim Go Eun and "Death God" Lee Dong Wook. 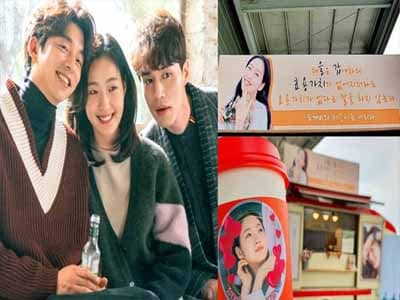 Today (May 5), Knet have been “excited” in front of a coffee trucks of “Goblin” Gong Yoo and “Death” Lee Dong Wook sent to the studio “The King: Eternal Monarch” “to support Kim Go Eun. 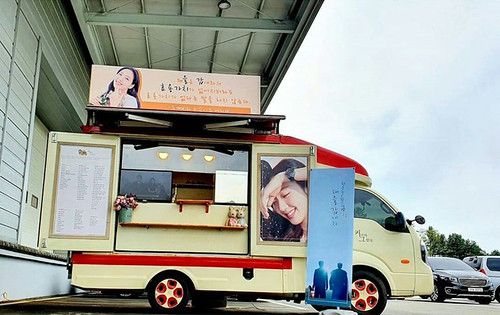 The two male actors made fans excited when sending coffee and sweet messages inspired by the movie “Goblin”. Fans pay special attention to the gift banner documenting the scene of the famous couple’s powerful and humorous vegetable and onion shopping in this work. In particular, the seniors send a coffee truck on the occasion of Children’s Day in Korea, so it shows the love and affection for little sister Go Eun. 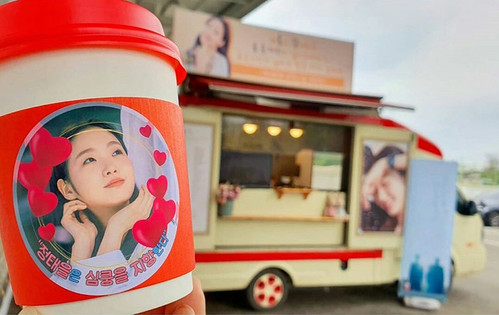 “Goblin” Gong Yoo and “Grim Reaper” Lee Dong Wook sent a coffee truck to the “The King: Eternal Monarch” studio on Children’s Day in Korea to cheer on Go Eun.

In particular, the message on the new banner is what makes fans excited: “Tae Eul ah, even the coffee truck is no longer worth taking advantage of, it cannot be said. Because Goblin very fragile. ”

Goblin couple Gong Yoo and Lee Dong Wook gave the King of Immortal King the special gift, look at the banner and kneel! – Picture 7.
It is known that the above message was inspired by the lines of the movie “Goblin”: “Even though Party A (Kim Go Eun’s character) is no longer worth taking advantage of, Party B (Gong Yoo’s character) nor can it be said. Because Party A is very fragile. ”

Previously, when they worked together on the hit drama “Goblin”, the chemistry between the three Gong Yoo – Kim Go Eun – Lee Dong Wook made the audience go crazy. After the drama ended, the actors still maintained close relationships and often showed their full support for each other. 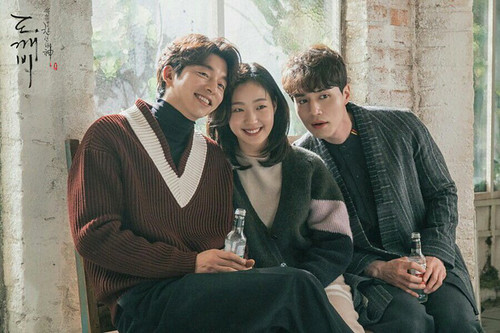 Although the movie “Goblin” has ended long ago, the special relationship of Gong Yoo – Kim Go Eun – Lee Dong Wook made the fans even more love and admire the affection of the 3 of them.