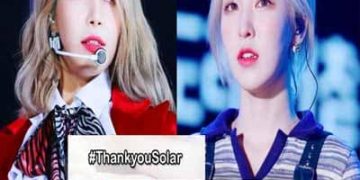 The news that MAMAMOO's Solar was the one who found Wendy (Red Velvet) in a horrific accident at SBS Gayo Daejun 2019 is causing public outrage.

by admin
in K-Music, NEWS
0 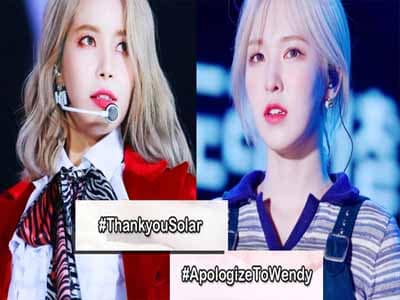 The SBS Gayo Daejun 2019 program, which took place on December 25 last year, has become the focus of criticism after repeated accidents of stars like BTS, MAMAMOO, Red Velvet. Wendy (Red Velvet) became the victim of the rehearsal stage, broke her wrist, pelvis and injured her face. Dispatch revealed that Wendy fell from a height of 2.5 meters because the elevator was not raised as expected. After Dispatch opened up the case, it was so serious that the police entered the investigation. 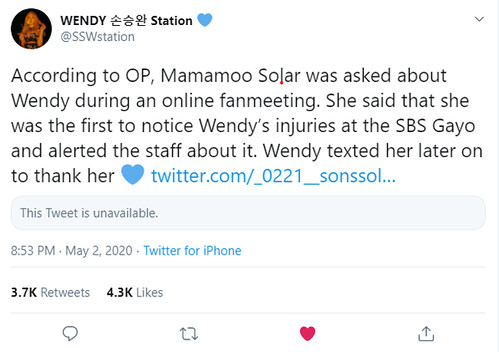 However, recently, one fan confirmed to meet Solar (MAMAMOO) at the fanmeeting and here, the female idol revealed that she was the first person who discovered Wendy’s problem and reported it to SBS staff. Afterwards, Wendy thanked Solar. This information immediately pushed the wave of outrage, fans put 2 keywords # Thank Solar and #Sorry Wendy to the top of Twitter trend all night on 3/4 to this morning. Many fans are angry that SBS has lied, and SM Entertainment is irresponsible. 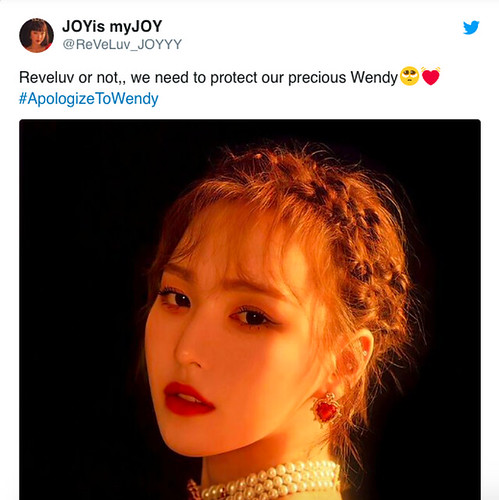 Fans then put the hashtag on the top trend, headlining on Twitter all night 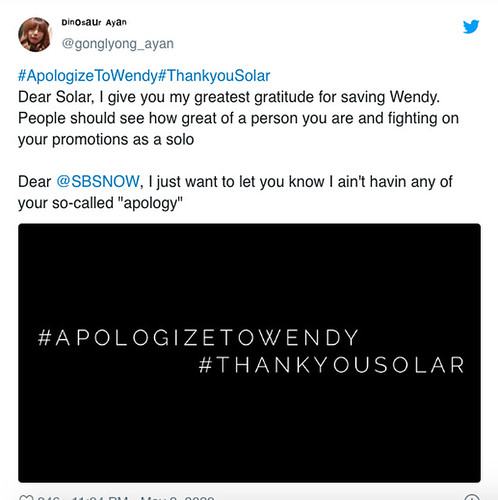 Specifically, after the accident, SBS issued a long statement explaining: “As soon as the accident happened on December 25, the production team took control of the situation at the scene and called ambulance to take Wendy into the hospital for a thorough inspection. ” Fans angry that SBS lied because Solar was the one who found out Wendy had fallen, until the singer reported that the SBS staff knew. In addition, fans were indignant when SM Entertainment did not take care of Wendy carefully. 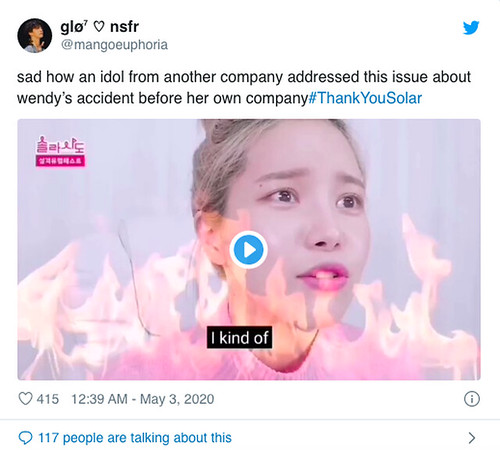 Solar is said to have found Wendy first, and asked afterward 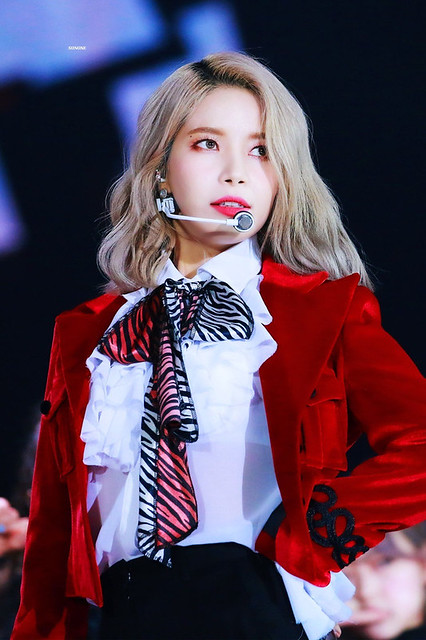 However, so far, this post has been changed to restricted viewing mode, the entire largest Naver portal in Korea did not appear any information about Solar’s claim to save Wendy first. The fan information has not been confirmed, the top trending has also been lowered. This makes fans feel quite strange. SM Entertainment or SBS has not yet voiced this information.

But fans noticed the details were quite coincidental, it was a public move to ask Solar’s Wendy on the livestream on December 28, 2019: “I hope Wendy will recover quickly. She is the person I am very cherish “even though these two female idols aren’t too close.

Earlier according to Dispatch, Wendy participated in the first rehearsal at 11 am on December 25. She checked the sound on the main stage for “Spechless” (the OST for “Aladdin”) and the soundcheck went well. The accident took place in an additional review round. Initially, Wendy’s route during the script rehearsal was quite simple: just go through the 2nd floor tunnel and walk down the stairs. But when Wendy was about to step down, the stairs were not raised, causing her to lose her balance and fall from a height of 2.5 meters. In fact, the tunnel on the second floor is very dark and small, and there is no fluorescent tape to mark the location.