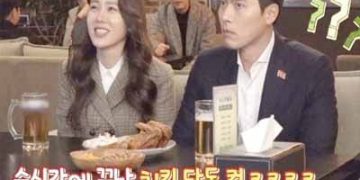 We can see the incredible influence of tvN's " Crash Landing on You '' drama during the social separation due to Covid-19.

‘Crash Landing on You’ of Hyun Bin – Son Ye Jin: Top 6 hottest Netflix movies in the US

According to a media report on the morning of May 4, tvN’s romance-romance drama Crash Landing on You starring Hyun Bin and Son Ye Jin was included in the list of 10 most-watched TV movies on Netflix in the US.

Based on data provided by Reelgood, Crash Landing on Youanh ranked 6th and Kingdom ranked 9th among the top 10 most-watched programs and movies on Netflix during social isolation. Reportedly, the survey took place from March 21 to March 27, 2020, which is more than a month after the final episode in Korea. Prove, these movies are still popular with Netflix users in the United States.

TvN’s Crash Landing on You tells the love and romance story between a rich Korean girl and a North Korean soldier. The film recorded a 21.7% viewership rating after the end and set a new rating record for the station.

Viewers believe that noteworthy global statistics are possible because Crash Landing on You provides everything from plot to beautiful images. In addition, throughout the drama, actors Hyun Bin and Son Ye Jin are confident to deliver amazingly sweet chemical reactions that make the drama more noticeable.

“You will believe that the film is very hot in the states at the moment. I am a Korean in the US and everyone has to stay home for two months because of Covid-19. I guess that means everyone has watched Netflix. My colleagues talk about Hyun Bin every day and ask me to recommend his dramas to them.

The movie is very interesting and I have to admit that. I think everyone in the cast is suitable and plays his role well. It is also easy to understand why the movie is so hot.

In fact, this movie is very famous in America. How is the American audience understanding the topic of South to North Korea? How do they handle dialectical differences? I guess a romantic love story is enough to win, against these points in all cultures.

Only Koreans can come up with a plot like this related to North Korea, so it’s very unique. Perhaps that is why it was a hit outside of Korea. ”