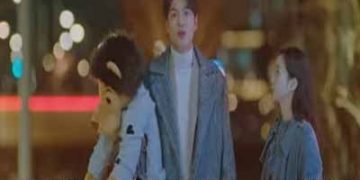 Starting to show signs of "backwards" since episode 7, The King: Eternal Monarch will follow what happens after a brief preview revealing the rules of parallel?

Since the second half of Episode 6 The King: The Eternal Monarch, “drama” has begun to appear more serious in the preview of episode 7. Right from the opening, the preview has revealed Jung Tae Eul (Kim Go). Eun) is in the sights of Lee Rim (Lee Jung Jin). Lee Gon (Lee Min Ho) had previously returned to the Republic of Korea, asking if Tae Eul was being threatened by someone. In the final seconds of the preview, the audience also got to know Lee Gon’s latest “destiny”, not really clear for Tae Eul or Jo Yeong (Woo Do Hwan): “See, you have to kill immediately. Here is destiny “.

Lee Min Ho is sad because Rating while his ex-girlfriend Suzy officially set a record to rival Jennie (BLACKPINK) – Become the Magazine Queen!

Opening the scene, Lee Rim appeared in the dark room with a picture of Tae Eul.

At the end of the preview, there is Tae Eul’s conversation with someone like Lee Gon, mentioning a mysterious character. Could be Luna.

But is it really Lee Gon? If this was what Lee Gon told Jo Yeong about killing Lee Rim, it would make much more sense.

The law of the “twin” has also been introduced for the first time: “The twin will have a dead person”. Is this a sign of a sad ending? In the preview of Episode 7, Jo Yeong also encountered her twin: Jo Eun Seob at her home.

Luna’s character has also been investigated. However, whether she has been arrested or remains unrelated, specifying her true identity remains an unsolved question. From the first episodes, the audience also knew that Luna was the duplicate of Jung Tae Eul in the Korean Empire.