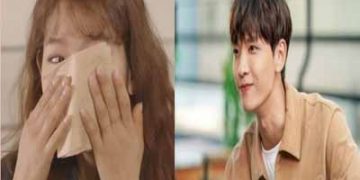 Since Choi Tae Joon enlisted and served in the military, the public saw her appearing less at events than before.

Park Shin Hye has a bit of emotion when it comes to happiness in her life.

Korean celebrities rarely talk about their personal lives, because they can be embarrassed to reveal too much about themselves. In an episode of Little House in the Forest, Park Shin Hye was asked a question about her happiness. 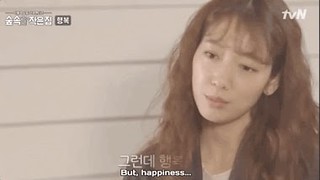 When asked about happiness in her own life, Park Shin Hye came up with different words to describe her life. Happiness was not something she was too sure of.

Park Shin Hye also struggled with a standard for happiness, because she didn’t fully understand what true happiness would be like. Park Shin Hye shed a few tears as she began to think about the question more. Happiness is a rather complex topic, so Park Shin Hye could not answer the question.

Park Shin Hye is also quite a selfless person, because she doesn’t like to bother people with her problems. She keeps all her problems for herself and tries to figure it out on her own.
Many people think that she is referring to her boyfriend, Cho Tae Joon. Since Choi Tae Joon enlisted and served in the military, the public saw her appearing less at events than before.