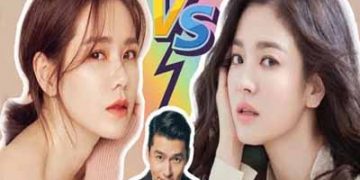 Hyun bin - Kbiz's top A-list actor, so everything related to Hyun Bin is always in the audience's interest.

Hyun bin – Kbiz’s top A-list actor, so everything related to Hyun Bin is always in the audience’s interest.

Leaked Hyun Bin’s treatment difference with 2 love on screen: coldly with Han Ji Min, but with his girlfriend Son Ye Jin is filled with love?

Hyun Bin comes from a wealthy family. He was facilitated to pursue art from an early age. Hyun Bin’s first step in seventh art was when he passed the entrance exam for the Department of Performing Arts at Chung Ang University.

Thanks to his handsome appearance, outstanding height, student Kim Tae Pyung (Hyun Bin’s real name) has received many offers for acting and supporting roles in dramas. He took the stage name Hyun Bin – the phrase that means to shine in Korean.

True to its name, the actor does not take too long to become an A star in showbiz. He shot out in 2005 with ‘My Lovely Sam Soon’ – just 2 years after officially joining the entertainment industry.

In 17 years of work, Hyun Bin is famous as a star with a scandal-free lifestyle, not playboy despite being very rich.

The only thing that annoys his fans is the actor’s troubled love line.

Hyun Bin is famous for being handsome and gallant, so he is popular with many beauties. However, up to now, he has only publicly expressed his love for 3 people, including Hwang Ji Hyun, Song Hye Kyo and Kang Sora.

The first love with actor Hwang Ji Hyun was broken due to the opposition from the fans. The two opened their hearts to love in 2007. At that time, Hyun Bin was the bright star of entertainment and Hwang was an anonymous artist. The distance due to fame and position made the two quickly broke up.

In June 2008, Hyun Bin and Song Hye Kyo publicly dated after working on Worlds Within. Hyun Bin once admitted that both he and Song Hye Kyo are hard-to-open, not easily moved. However, the close days on set helped the two develop feelings.

After 3 years of dating, Hyun Bin and Song Hye Kyo announced their departure. This is said to be the most ‘stormy’ love of the 38-year-old actor. To this day, fans of both sides are still unhappy when recalling the couple’s time together. Even in January, a series of messages revealed by Joo Jin Mo also made many people suspect Song Hye Kyo “caught fish” when at the same time dating Hyun Bin and Bi Rain.

The actor is said to be dating his co-star Son Ye Jin, the closest beauty appearing on Hyun Bin’s ex-girlfriend list is actor 9X Kang Sora. The two began to meet in late October 2016 and announced their dating after 2 months of acquaintance.
The love affair between the actor and Kang Sora only lasted for a year. The two parted on the grounds that there was not enough time for each other.

After Kang Sora, Hyun Bin continued to be entangled in dating rumors with his co-star in Crash Landing On You – Son Ye Jin. The couple were repeatedly spotted on vacation abroad, hanging out, shopping …
However, up to this point, when Crash Landing On You ended the broadcast, the two actors continued to deny the sentiment. The Korean audience believes that the two “love each other as they are, on the outside are still afraid” and decided not to disclose their love to ensure a private life.

Undeniably, the questioning of dating between the two main actors also contributed a lot to the heat of Crash Landing On You. But to create a “craze” on the screen in the early days of 2020, the film also had to rely on many other factors such as script, context, images and acting. In particular, the first belongs to Hyun Bin – the top star of Korean cinema with the incarnation of Captain Ri Jung Hyeok, who is romantic, gentle, and strong.