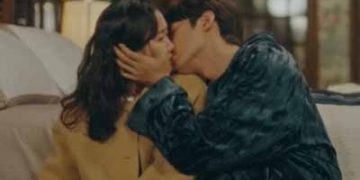 Despite the kiss scene between the two main characters in episode 5, Lee Min Ho’s “The King: Eternal Monarch” was still criticized quite boring.
On May 1, the 5th episode of “The King: Eternal Monarch” has officially aired. After Lee Gon (Lee Min Ho) took Jung Tae Eul (Kim Go Eun) to the Korean Empire where he was the emperor, Tae Eul was really surprised because he did not expect a parallel world to exist. 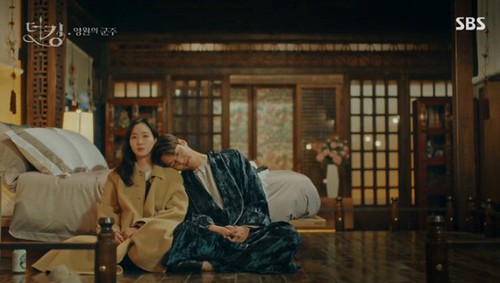 Knowing that Tae Eul is alone in this world, Lee Gon spends a lot of time with her. Two people cook, share. Thanks to that, Lee Gon took advantage of his crush. He leaned on his shoulder and even kissed Tae Eul’s lips. With this kiss, Tae Eul glared expressionlessly. 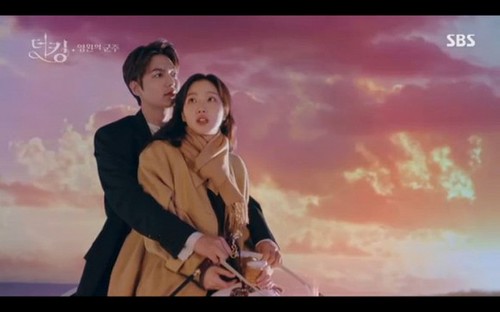 Despite the kiss scene between the two main characters, the episode 5 of the movie is considered quite boring, not much interesting details. This episode ends when Lee Gon takes a helicopter to meet Tae Eul in Seoul when she goes to find her deceased mother in his world. They meet an uninvited guest but come as Prime Minister Seo Ryung (Jung Eun Chae). Rating nationwide 5 episodes is 7.6% and 8.6%, down 1.1% compared to the previous episode.