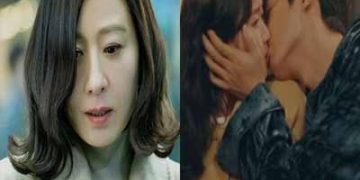 After the episode of 5 The Endless King has just aired, the film has been criticized by Korean netizens for an outdated, boring script. 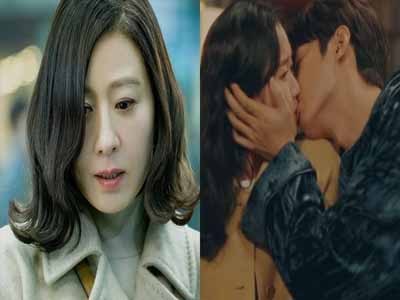 After the episode of 5 The Endless King has just aired, the film has been criticized by Korean netizens for an outdated, boring script.

Since the first days of the broadcast, The King: Eternal Monarch has received many negative feedback from the audience with boring, slow and somewhat cheesy content. The culmination of this episode was the episode 5 when the only highlight of the work was the kiss scene of Lee Min Ho and Kim Go Eun, Korean netizens seemed to be extremely angry and left many. criticize.

1. [+991, -61] Is the writer 50 years old? She doesn’t realize what era it is now. She still seems to be stuck in an era when the rich, uncomfortable male lead falls in love with the poor female lead who will make viewers crazy. The girls who used to love that type of film are now 20 years old but the scriptwriter refused to grow up and still likes to follow the motif of Prince and Cinderella.

4. [+91, -4] This drama helps me realize how great Song Joong Ki, Gong Yoo, and Lee Byung Hun are. Apparently their acting is the one that brings the success to the drama, not the script of Kim Eun Sook.

5. [+90, -5] Check out the other works that writer Kim Eun Sook’s assistants have done. They all make extremely new and interesting movies. I think Kim Eun Sook’s success is partly due to them.

6. [+81, -1] I get bored with the way Kim Eun Sook plays with the words. The films written by Kim Eun Sook are all “cooked mix” from Goblin, The Descendant of the Sun and The Heirs . Her popularity seems to have disappeared since her assistant writers left the team. Especially as writer Kwon Eul Sol, the absence of this person is a big flaw because she is often responsible for the joke parts of the actors. To be frank, I think Kim Eun Sook’s success depends on Kwon Eul Sol.

It can be clearly seen that Korean netizens are all pointing their axes to critic writer Kim Eun Sook because The King: Eternal Monarch’s script is too boring and slow. The plot of the film also follows the motif of the prince and Cinderella, which was very popular in the years 2010 to 2015 but now is gradually losing its position. In addition, many viewers criticized for the acting ability of the main cast, especially Kim Go Eun when she could not create many romantic interactions with the role. But you can see the rapid change of these netizens when before, Lee Byung Hun or Song Joong Ki was also criticized quite a lot.