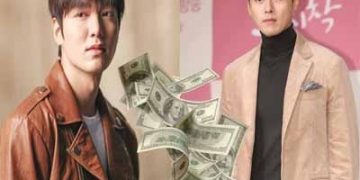 Stars who got attention when they returned to the small screen in early 2020 such as Hyun Bin, Son Ye Jin, Lee Min Ho ... are all in the top paid actors of Korean showbiz. 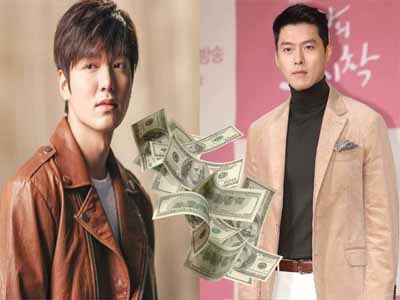 Lee Min Ho: After leaving the army, the male idol born in 1987 immediately warmed his name with the TV production of The King: Eternal Monarch. The film is currently airing with positive ratings, accompanied by mixed opinions on the content and acting. Lee Min Ho himself also suffered a lot of criticism because the way of choosing the role and acting is not much different from the period of idol drama 10 years ago. However, this does not affect the salaries of Super-star. He is still in the top male stars who are paid exceptionally high.

According to Trendrr, Lee Min Ho is one of the actors who received the most money in television, only losing to Kim Soo Hyun, Hyun Bin, Jo In Sung, So Ji Sub. The exact number he collected from the undying King is unknown. However, experts and netizens predict that Lee Min Ho’s remuneration will be about 75 million won ($ 62,000) per episode. In 2018, the actor’s salary was at $ 59,000 for an episode. Therefore, 62,000 USD is a reasonable figure at the moment, when Lee Min Ho is the main factor that helps the eternal King to attract attention when announcing the project. His reputation also makes it easier for producers to sell film rights abroad.

Hyun Bin: Earlier this year, the 38-year-old star had an amazing success with Crash Landing on You. Thanks to the effects of the drama, the frequency of appearing in the media and Hyun Bin’s commercial value increased significantly. At the same time, the actor still maintained his style and maintained a high position in the top stars paid “terrible” in Korean showbiz.

Hyun Bin’s side never spoke about the income from the TV landings landing on him, but both the media and the Korean audience believed that the actor’s salary could hardly be lower than the 100 million won mark (about 82,000 USD) for each episode. Munhwa Il-bo newspaper also revealed that the remuneration appearing on Hyun Bin’s small screen is in that number. In addition, the actor is also given a percentage from royalties when the work is broadcast abroad. For each episode, Hyun Bin could receive about 150 million won.