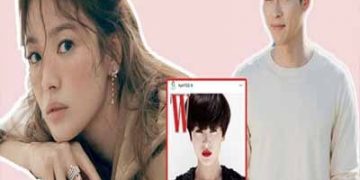 The article on the QQ page with the headline: "Song Hye Kyo and Hyun Bin reunited? Remember to publicize the love story that year"?

Song Hye Kyo once shared that she wanted to return to the time when she was 28 years old, coincidentally this is also the time when actress and actress Hyun Bin had a sweet love affair lasting up to 3 years.

Yesterday, netizens got excited about Song Hye Kyo and Hyun Bin reunited, the question stemmed from the actress posting a joke in an Instagram post with OST “World Withins”. – The movie will be charming for a famous couple at this time. Many commentators ask questions, after many years of separation, now the two resumed their predestined relationship.

Turning over Song Hye Kyo’s Instagram, many people discovered that from November 2019, Song Hye Kyo uploaded a photo of a long-time magazine photo, then left a message: “When I was 28 years old “. Page QQ suspected that this is probably the time when Song Hye Kyo started to miss actor Hyun Bin. 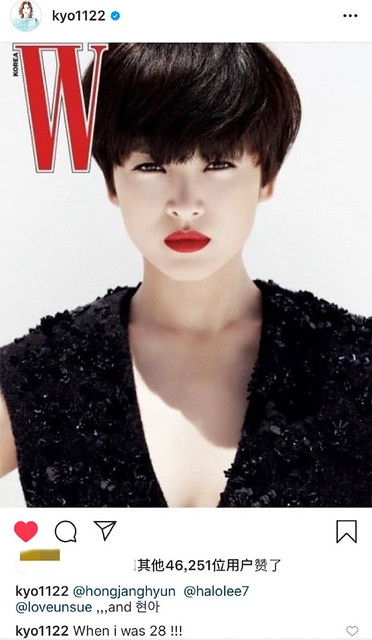 Song Hye Kyo’s old photos uploaded by the actress since November 2019 made the media stir and suspicious.

The article on the QQ page with the headline: “Song Hye Kyo and Hyun Bin reunited? Remember to publicize the love story that year”? 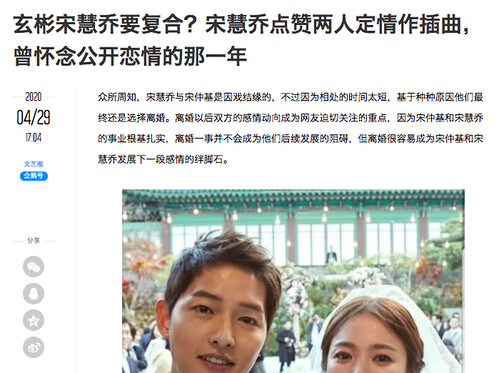 Song Hye Kyo’s old photos uploaded by the actress since November 2019 made the media stir and suspicious.

According to QQ, compared to many photos taken at the moment, the photo of the magazine at 28 years old Song Hye Kyo is somewhat less prominent, but it seems that this is a photo of Song Hye Kyo especially loved. along with the memorable memories, or the time at 28 was a year with deep meaning to Song Hye Kyo. It is worth mentioning that, at 28 years old, Song Hye Kyo and Hyun Bin are still dating, therefore, QQ speculates whether Song Hye Kyo is reminiscent of the past love affair between the two.

Currently, the two main characters have not yet responded to the rumors, but netizens everywhere are divided into two extremes, one supporting Song Hye Kyo and Hyun Bin, the other still actively “rowing” “Hyun Bin and Son Ye Jin.