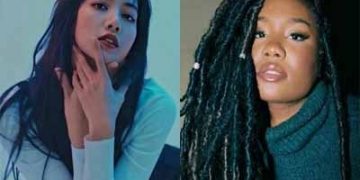 Choreographer Cierra Nichols made a public apology to BLACKPINK’s Lisa after accusing her of stealing unfounded choreography. Reportedly, on April 20, Lisa uploaded a dance video on the background of Mushroom Chocolate on her personal youtube channel.

Later, Cierra Nichols quickly voiced that “a Korean singer who receives 7.8 million views a day uses most of my choreography.” Many international fans quickly protected Lisa after the baseless accusation. Cierra Nichols quickly apologized on his Twitter account in private: “I want to take the time to clarify my recent remarks that have affected me. First I apologize to everyone who has been directly affected by my work: BLACKPINK’s Lisa, the choreographer and her company. As an artist, I have a deep understanding of my career and this has led me to say some things that are not influenced by emotions and I did not think carefully when doing so. At this point, I had to bear the consequences of what I had done. Me and everyone should not make hate comments, threats to someone personally. This is a lesson and a warning to me. ”