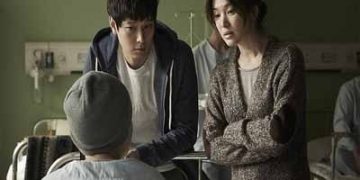 Song Hye Kyo’s mother cried when her daughter was threatened with extortion and acid!

Song Hye Kyo’s mother cried when her daughter was threatened with extortion and acid!

The case of Song Hye Kyo blackmail threat has been revealed with many new details. 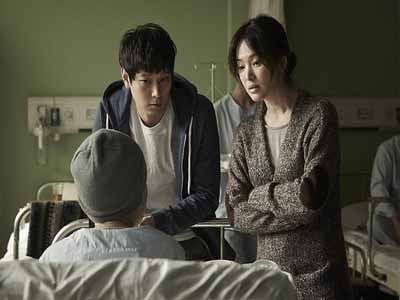 Song Hye Kyo's mother cried when her daughter was threatened with extortion and acid!

Song Hye Kyo’s mother cried when her daughter was threatened with extortion and acid!
As one of the leading actors in Korean entertainment industry, Song Hye Kyo received many admirers from the audience. However, the recent share of the actress surprised many when she was intimidated by an industry intimidator and feared that this person had a close relationship with herself and her family.
Recently appearing in Channel A celebrity investigation program of Channel A, Song Hye Kyo surprised many people at the studio when she and her mother had been extorted by a colleague, threatening to splash acid. 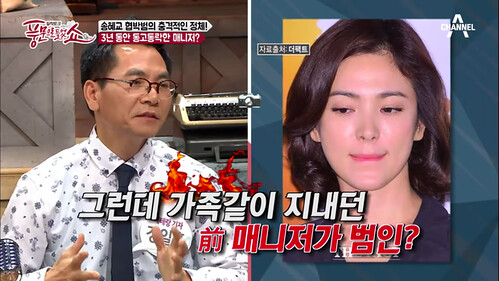 Song Hye Kyo new Instagram update – More and more beautiful and gorgeous, she is ready to come back!

The police said Song Hye Kyo’s mother cried a lot of when she learned that the wicked was a close friend for a long time.

Specifically, in January 2005, the actress’s mother received a blackmail letter with the main content that forced her family to spend a lofty figure of up to 250 million won. The extortionist clearly stated that a large amount of acid was prepared as a countermeasure. If her family refused to obey and follow orders, he would use this cruel poison to ruin her face.

Accordingly, he wrote, “If you don’t give me 250 million won, you and Song Hye Kyo will get hit with acid. If you don’t want to see your daughter’s body sore and rot for the rest of your life, you should think carefully about this. I have prepared a large amount of acid already.”

After receiving a letter of extortion, the 35-year-old actress’s mother immediately called her hiding daughter somewhere else and quickly reported the police to the incident.

According to a police investigation, the blackmailer was none other than the former manager who had worked with her for 3 years. The police said Song Hye Kyo’s mother cried a lot of when she learned that the wicked was a close friend for a long time.

At first, Song Hye Kyo’s mother suspected that people who used to borrow money from the family may be the culprits. But unexpectedly, it was her former manager. She was panicked: “This is impossible. I can not believe it”.

However, despite knowing the culprit of the incident, Song Hye Kyo’s mother said that she will not be prosecuting because she believes that he (the former manager) will never do that.

The cause of this unfortunate situation is due to the poor lifestyle of the manager after unemployment. He had previously been fired by the company for failing to report the commissions he received from the actress’s promotional photoshoots, more serious than the fact that he had chosen to use them on his own.

After his dismissal, he faced financial difficulties, wandered around and slept in public baths. During the crisis, he thought of Song Hye Kyo as a solution because he knew the actress was a rich man. He decided to threaten and blackmail Song Hye Kyo and her family to find a way out of his problems.

After the story was revealed, the participants did not hide the surprise, because usually the actors and their managers always go together and stick together, the affection is said to be good.