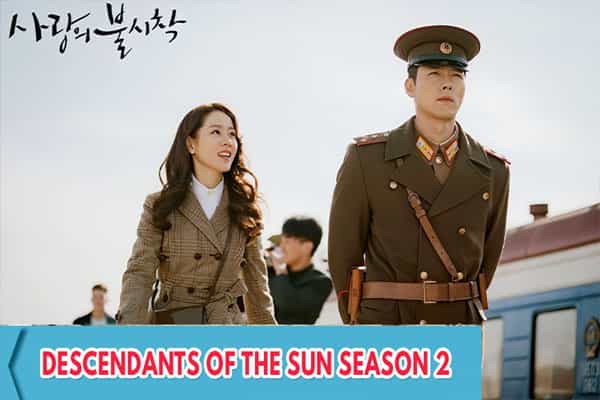 Hyun Bin and Son Ye Jin will join together Descendants of the Sun Season 2?

Hyun Bin and Son Ye Jin will join together Descendants of the Sun Season 2?

lovekpop95- Hyun Bin and Son Ye Jin will join together Descendants of the Sun Season 2?

Netizens were amazed excited at the news that Hyun Bin and Son Ye Jin might be returning together with the movie Descendants of the Sun Season 2, but so far KBS has not released any official information. for that.
Crash Landing On You has ended quite a long time, but the story surrounding the film as well as about the two main actors still receive the attention from the audience. Hyun Bin and Son Ye Jin have been involved in dating rumors since working on The Negotiation, especially after Crash Landing On You ended.
Hyun Bin and Son Ye Jin not only always have extremely cute moments backstage, but also often get caught together. Recently, on social networking site again revealed that the couple secretly dating in real life makes fans excited.
Previously, the information that the two went out to eat together also made the audience excited, and in fact, Hyun Bin and Ye Jin were very close, so it was entirely possible that they went out to eat together.