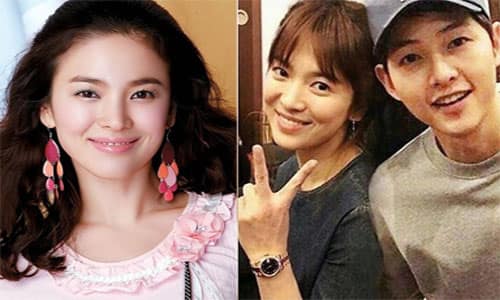 Last month, news sites reported that Song Joong Ki broke his house and Song Hye Kyo lived together after getting married.
At the time, the news agency said the house in Itaewon was demolished is the house that both lived when they were still a couple. Immediately after the news was published, many reporters asked Song Joong Ki’s agency to verify the incident. However, the company’s representative refused to confirm or deny the information with the statement that they would not comment on the personal life of the artist, so the public defaulted this news to be true and accurate.

However, on April 8, Song Hye Kyo decided to speak up to clarify the issue through her agency’s spokesperson.