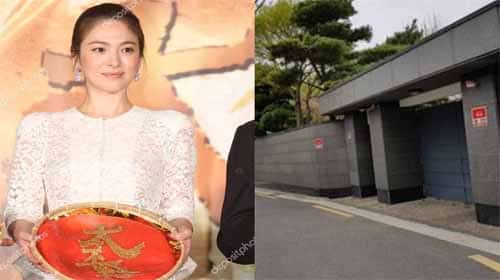 Notably, the broker said that the price of the actress ‘Descendants of the Sun’ was lower than the actual value of the house. Most likely, she is urgently in need of this property.

Song Hye Kyo has a total of three houses in Samsung-dong. Two of these are in modern housing. The 39-year-old actress bought it from Cha In-pyo and Shin Ae Ra in 2004. She later bought the house of former president of South Korean pharmaceutical company Dong-A Pharm in 2016 under the name of mom.

Song Hye Kyo’s house is in a high-class residential area, known as the Korean Hills hill, for the rich and many famous people living here.