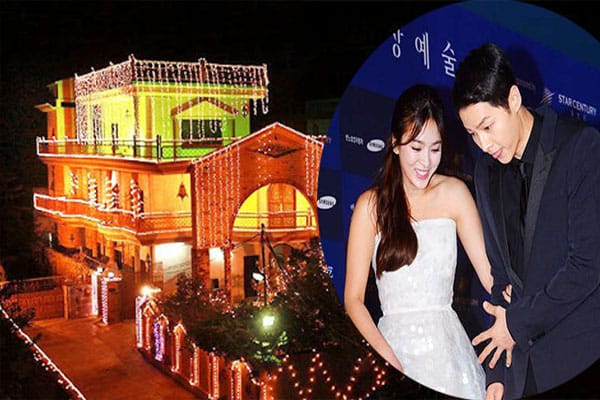 THE FACT – Song Hye Kyo-Song Joong Ki’s wedding house is just a bank collateral to lend money to his brother!

THE FACT – Song Hye Kyo-Song Joong Ki’s wedding house is just a bank collateral to lend money to his brother!

lovekpop95- The Fact that Song Joong Ki destroy the wedding house – This is just a bank collateral.

Is it true that Song Joong Ki wants to erase all traces of love with Song Hye Kyo , so he broke down the mansion that used to be a happy house with his ex-wife? 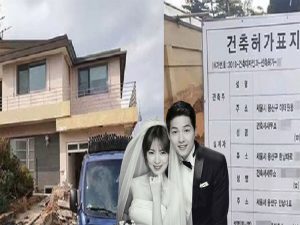 According to the mansion in Itaewon, Seoul that is believed to be Song Joong Ki and Song Hye Kyo has been dismantled. Today a series of major Korean newspapers like allkpop, koreaboo are posting the incident, this is real estate. bought by Song Joong Ki in November 2016 before getting married for 10 billion won. After Song – Song held a wedding in October 2017, the mansion became the home of the couple. However, less than 2 years together, the two broke up. This property is still owned by Song Joong Ki after the divorce.
The truth is that Joong Ki and Song Hye Kyo never lived in this house. Since he bought it for economic purposes, that year Song Joong Ki bought a mansion not to be a wedding house. According to a source, for his brother Song Joong Ki to set up an entertainment company, the mansion was used as a source of bank loans.