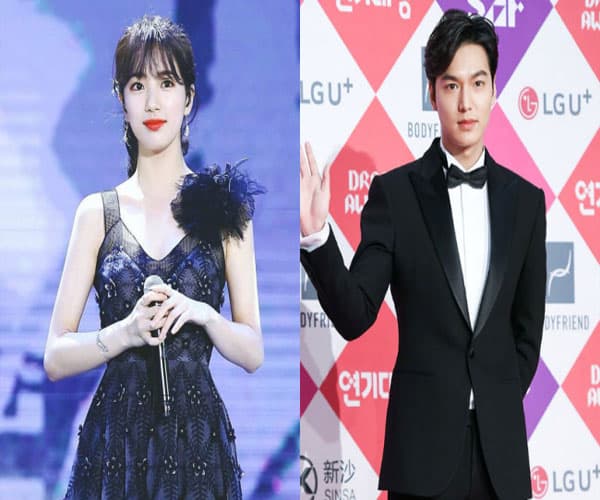 Recently, according to an exclusive source from News1, Suzy and Lee Minho after a long parting time, have officially returned to each other. The source revealed, “Suzy and Lee Minho have started dating again. After being uncovered, they secretly dated. ”

Rumors of the reunion of the couple have made netizens surprised. Because, Suzy was too busy to end her quick love affair with actor Lee Dongwook in July last year. Meanwhile, Lee Minho is also in the process of making drama The King after finishing his military service. So, when and when did they return?

While the people were bewildered, the management company of the two actors quickly found out and made an official announcement. According to JYP Entertainment, the agency of Suzy, “After conducting the examination, we would like to confirm that the two of them are not dating again.”

Meanwhile, Lee Minho’s management company MYM Entertainment gave the same information: “Lee Minho and Suzy are not coming back together. Information that two people reunited, the secret to dating is false. ”

It is known that the couple confirmed the love affair after Dispatch opened up a series of dating photos at a bar in Shinsadong, Seoul, South Korea in February 2015 and later in London (UK). Without a common project and not much to meet, Lee Minho and Suzy’s dating affair created a huge craze in Asia at that time. With a simple, persistent love, the love story of couple also received enthusiastic attention and support from the fans.

But in the end, because they were too busy with a busy schedule, the couple also ended their dreamy 3-year relationship in the regret of many people. After that, Lee Minho left the army and Suzy only got married after half a year. But this affair soon ended for a similar reason.

The fact that Lee Minho and Suzy broke up at that time still made many viewers extremely regretful. Also because of the desire for the couple to reunite, it is understandable that they are returning.