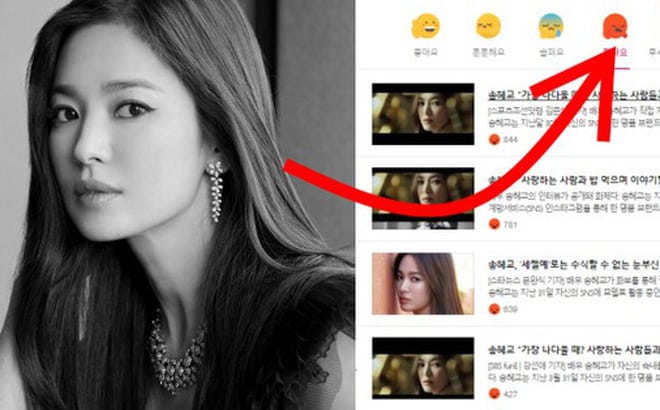 Song Hye Kyo accounted for the most indignant news Naver when cleaning the relationship with Song Joong Ki?

Song Hye Kyo accounted for the most indignant news Naver when cleaning the relationship with Song Joong Ki?

lovekpop95– In Korea, due to feudal culture, people still consider men more important than women. So many female idols have suffered from Knet after divorce.

In Kbiz, Song Hye Kyo is currently the most hated by Knet, because almost every statement and action of the actress makes Korean people upset. Most recently, the beautiful Song’s interview about the life after divorce in the magazine was mocked by Knet. Korean netizens simultaneously said that the actress was trying to clean up all relations with Song Joong Ki. Even the articles written about Song Hye Kyo’s speech are in the top of the most indignant articles on Naver today (1/4).

Specifically, in a recent interview, the actress shared: “The people I met when I was young are still by my side.” Netizen believes that the beauty “Descendants of the Sun” intentionally responds like this to clean up all marriage relationships with her ex-husband and the memory of the actor in his life. However, there are also many who think that the actress’s answer is completely normal and has no profound implications. Faced with this controversy, Song Hye Kyo remained silent.