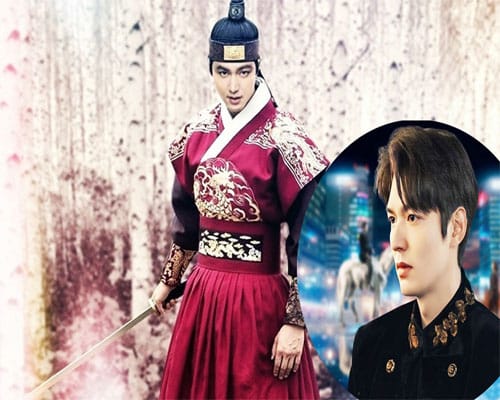 SBS Continued to reveal a supremely Lee Min Ho in “The King: The Eternal Monarch”.

SBS Continued to reveal a supremely Lee Min Ho in “The King: The Eternal Monarch”.

lovekpop95- Korean actor Lee Min Ho was praised by many viewers for his handsome appearance in “The King: The Eternal Monarch“.

SBS is constantly revealing Lee Min Ho’s new creation in The King: The Eternal Monarch – the blockbuster television will air on April 17. Most fans praised the appearance of the emperor Lee Gon as impressive, handsome and powerful.

On Instagram, Twitter, photos of Lee Min Ho wearing the royal cell, expressive thoughts are shared by tens of thousands of fans. Audience wrote: He is the most attractive monarch on the screen, Like the feeling of waiting for each episode starred by Min Ho like the time of the Meteor Garden, The heirs …, It’s desirable, I’m always quiet interested in how to choose the script of Lee Min Ho … According to Nate, more than three years of absence from the screen, Lee Min Ho still attracts Asian audiences. As soon as the announcement returned with the undying King, the information about him was interested by the audience

On SBS, Lee Min Ho said he promised to work hard, perfect his acting to give the audience the quality footage. Please look forward to the special love story written from our project, he said.

The film is written by Kim Eun Sook, a yellow screenwriter. During a press conference last year, she said that Lee Min Ho was chosen as the king’s model right after having a script idea.