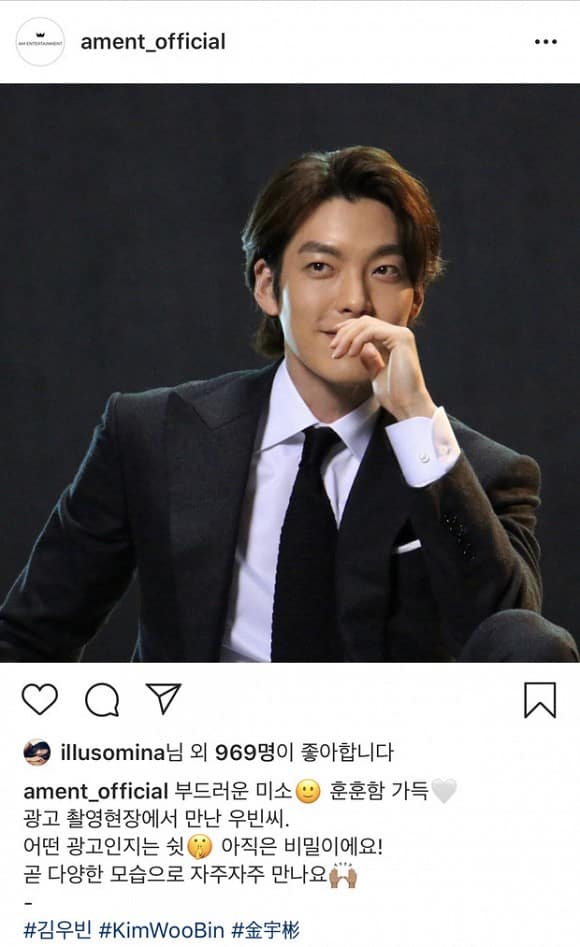 Actress Shin Min Ah shows that she not only loves but also supports her boyfriend every step of the way he goes.
Recently, the management company posted a behind-the-scenes photo of Kim Woo Bin’s advertisement on Instagram. In the photo, he wears a elegant black suit, attracted by the handsome and masculine looks. Returning to the entertainment industry after a long time treating throat cancer, Woo Bin looks healthy and full of life.

It is worth noting that Shin Min Ah, Kim Woo Bin’s girlfriend, dropped the heart for the photo. This super sweet act shows that the actress “My Girlfriend Is a Gumiho” not only loves but also supports her boyfriend every step he takes.

Shin Min Ah and Kim Woo Bin met through the commercial together. The two officially opened a love relationship in 2015. During the time of Kim Woo Bin’s treatment of throat cancer, Shin Min Ah was always there to encourage and help him overcome his illness.

Kim Woo Bin recently decided to sign with AM Entertainment, Shin Min Ah’s management company. The fact that the two people are in the same company is supposed to be mutually supportive and also shows that their relationship is getting stronger and stronger.