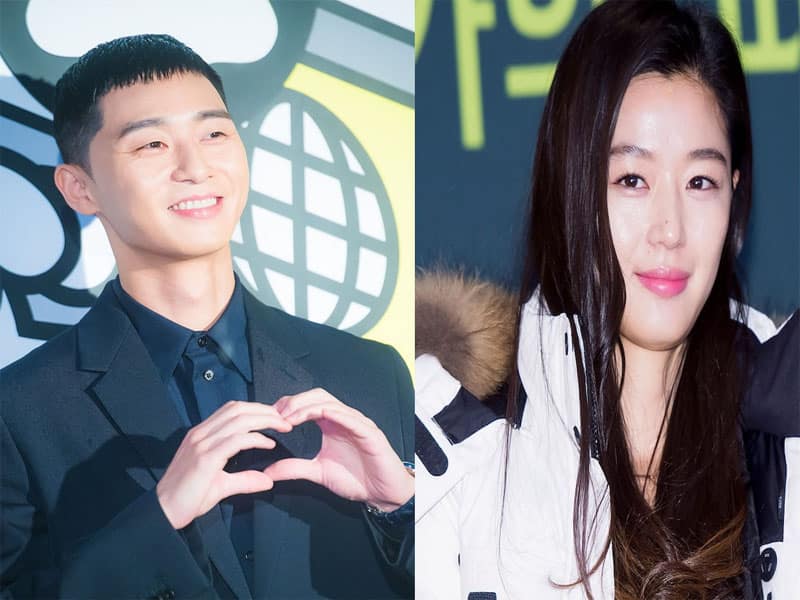 lovekpop95- Actors Park Seo Joon and Jun Ji Hyun are currently in talks to appear in the new drama directed by Descendants of the Sun, Goblin.

According to an exclusive report from Ilgan Sports on the afternoon of March 27, Park Seo Joon was cast as the male lead in the Jiri Mountain drama project (지리산). It is known that he is discussing to play the role of Kang Hyeon Jo, a national park ranger who is hiding a secret. He used to be a lieutenant in the army and had an accident during a training march on Mount Jiri.

Meanwhile, Jun Ji Hyun previously discussed the role of multi-talented Seo Yi Kang, the only person Kang Hyeon Jo can confide in. Both are rangers of Mount Jiri National Park.

The film is set in the vast Jiri mountains outside the gloomy urban area, where there are people who go to the mountains to seek death, there are also people there to find themselves. The film revolves around the forest rangers of Jiri Mountain National Park – day and night people must rescue the victims in extreme weather conditions.
Fans hope that Park Seo Joon will have a common voice with writer Kim Eun Hee to reach an agreement to officially participate in this movie.
Jiri Mountain is written by writer Kim Eun Hee, who is behind the success of the drama Signal and both parts of Kingdom. The film is directed by director Lee Eung Bok of hit works such as Descendants of the Sun, Goblin, Mr. Sunshine.