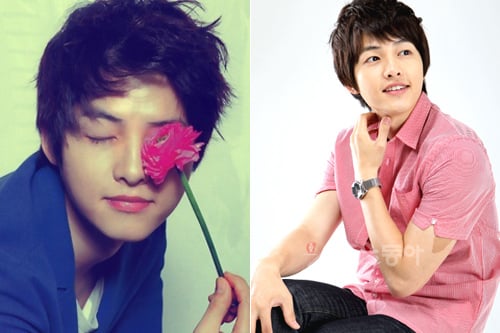 lovekpop95- Song Joong Ki received an invitation to play the musician Yoo Jae Ha in the movie “Season of You and Me”.
According to a source on the afternoon of March 27, Song Joong Ki is currently considering to appear in the new movie project titled “Season of You and Me”. This work is based on the true story of the late singer-songwriter Yoo Jae Ha. However, due to the increasingly complicated effects of the Covid-19 epidemic, filming schedule is currently inaccurate.

In response to this information, Song Joong Ki’s representative said, “It is true that Song Joong Ki has received an offer to appear in the project of ‘Season of You and Me’. Currently, the actor is scrutinizing this suggestion ”.

Song Joong Ki is quarantining himself at home after returning to Korea on March 24. Previously, the actor and crew “Bogotá” filmed in Colombia since mid-January and is expected to finish work in May. Because of an epidemic, the South American national government banned activities from crowded gatherings. People, the film crew decided to stop filming, find the nearest flight for the whole team to return home.

Not long ago, Soprts Chosun reported that Song Joong Ki bought a luxury villa in December 2019 in Honolulu, Hawaii. This villa is worth $ 2.88 million.
It is known that the apartment is located near Ala Moana Beach Park, next to Waikiki Beach – where the highest-class apartments and villas in the area are concentrated. From his villa, Song Joong Ki can look straight to the sea. The villa has a high level of security and privacy, which is suitable for Song Joong Ki to use as a resort after busy working days.