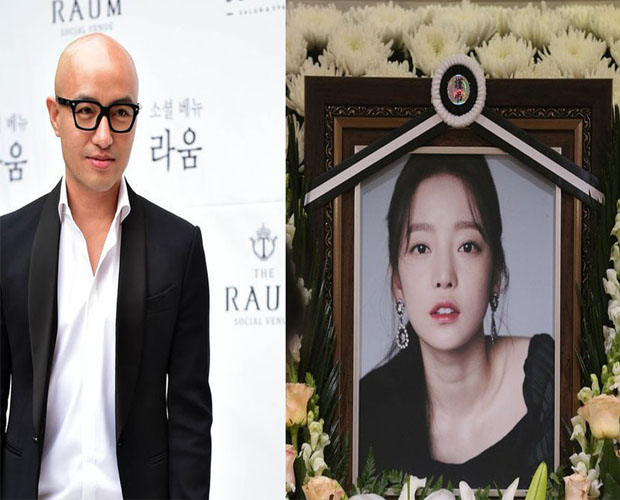 lovekpop95- Goo Hara‘s mother ran to the funeral demanding to divide the property!

Sina page today quoted sources from the Taiwanese media for more information about the battle of Goo Hara’s fortune after the singer died. Nearly 5 months have passed, the luxuriant surrounding the complex relationship of the Goo Hara family has been updated by the media, causing a great stir in the public opinion.

Accordingly, during her lifetime, Goo Hara owned an apartment in the Cheongdam-dong area, the starting price she bought was 1.1 billion won, after 3 years, the price of this apartment increased to 2.08 billion. won. Goo Hara’s mother, who abandoned her when she was 7 years old, now joins the war for property. At the funeral of her daughter, Goo Hara’s mother suddenly appeared, the colleague of singer-singer Hong Suk Chun witnessed the fight because of Goo Hara’s mother’s inheritance war and was heartbroken. force.

According to Sina, when signing the divorce application, Goo Hara’s mother gave up her custody of her children at that time. She never paid a penny for her education, and cut off communication, leaving the two Goo Hara brothers emotionally hurt. On the show “Rumor Has It”, the singer’s brother revealed, Goo Hara was seriously depressed in 2017, the doctor said that her depression was most likely related to the psychological shadow that she had. suffered from small days. The psychiatrist also petitioned and asked her if she wanted to see her biological mother again, Goo Hara had found all ways to be able to contact her mother, but after one meeting, she and her mother cut the contact. .

After the death of her sister, Goo Hara’s brother called her mother to worry about the cost of the incident, but she did not respond at all. Until the funeral took place, Goo Hara’s mother suddenly rushed to, demanding to be a mourner, and demanding half of the fortune from her poor daughter, making her brother Goo Hara extremely angry. Artist Hong Suk Chun added, “Upon seeing her mother, everyone present was surprised, confused, and some were angry.” In the middle of the funeral, the property dispute erupted, the atmosphere became stuffy.

In fact, according to Korean law, Goo Hara is unmarried, so Sina has left her family with her property. Although her mother gave up custody of her children, she still has the right to a part of the inheritance. This makes Goo Hara’s brother angry.