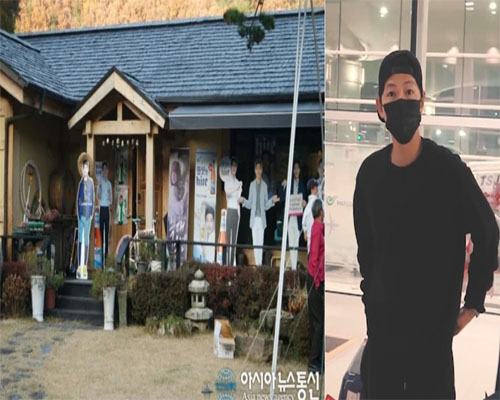 Song Joong Ki decided went to his father’s house in Daejeon to self-quarantine!

Song Joong Ki decided went to his father’s house in Daejeon to self-quarantine!

The actor from Colombia took a flight to Incheon Airport, Seoul on March 24 morning. He wears black, wears a black hat, wears a mask and pushes his luggage. Later, he and his manager went to the car park, got in a private car and returned home.

It is known that Song Joong Ki will board the car to Daejeon city, he will be isolated for 14 days at his father’s house here. The reason he chose to go to his father’s house in Daejeon for isolation is because here he will be assisted by his family to facilitate his isolation.
Song Joong Ki’s representative said his health is normal, but he will isolate himself at home for 14 days, taking time to rest. The cast and staff of the Bogotá crew will also perform their own quarantine in accordance with the regulations, before the producer plans to continue filming based on Covid-19.
On March 20, the Bogotá film crew announced the “outbreak” in Colombia, due to the spread of nCov in the Americas region. To ensure the health of all the crew members, the producer decided to stop filming, find the nearest flights to bring people back to Korea. Filming crew in the South American country from mid-January and is expected to close in April. The delay in filming may affect the movie’s scheduled release at the end of the year. This is the second project Song Joong Ki joined after divorce Song Hye Kyo.

Along with Bogotá, several other Korean films had to cancel filming schedules abroad due to Covid-19.