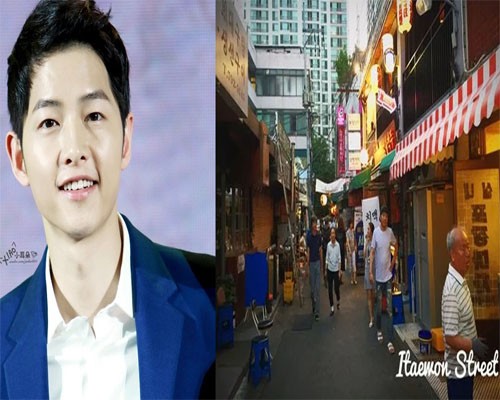 Previously Song Hye-Kyo’s ex-husband, Song Joong-Ki requested the construction of three underground floors, they will have to dig more than 5 meters of land. And special letter will have French architecture, luxurious according to Song Joong Ki’s idea.
Today, Weibo reported that the seoul construction department has received an application to change the design of the house from 3 basements to only 2 basements. This is adjusted due to the change of Itaewon neighborhood planning, the ground of this area is considered weak, so the underground tunnel works must be changed to suit.

A reconstruction permit on the plot of land was issued on November 16, 2018. But construction began only in February of this year. When Song Joong-Ki requested the construction of three underground floors, they would have to dig more than 5 meters of land.
Earlier, Song Joong Ki and “Bogota” canceled the filming schedule in Colombia. Members quickly returned to Korea because of the Covid-19 epidemic.
Accordingly, the decision was made based on the decisions of the Government of Colombia and South Korea in the context of the outbreak of Covid-19, spreading in many countries around the world.