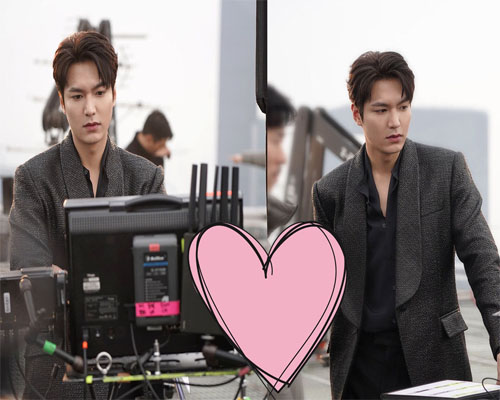 The King: Eternal Monarch has not yet aired, Lee Min Ho has made people “crazy” with a series of behind-the-scenes photos.

The King: Eternal Monarch has not yet aired, Lee Min Ho has made people “crazy” with a series of behind-the-scenes photos.

lovekpop95- The King Eternal Monarch has not yet aired, Lee Min Ho has made people “crazy” with a series of behind-the-scenes photos.

The beauty of actor Lee Min Ho is proved by a series of beautiful backstage pictures.

As the most anticipated movie in 2020, it is not difficult to explain when the behind-the-scenes photos of “The King: Eternal Monarch” are enough to create a fever in the online community. Recently, the film crew continued to make the audience stand still and uneasy when they revealed a series of beautiful behind-the-scenes photos like the magazine of the male lead Lee Min Ho.

It can be seen that the actor’s face is a harmonious combination of beauty, from the high straight nose, the double eyelid eyes always smiling and the more charming the mouth is, all are subtle. and create a perfectly perfect whole. 2 years of silence, Lee Min Ho still makes people fascinated at first sight. It is true that the male god of heaven!

Besides the increasingly handsome face, Lee Min Ho‘s tall and seductive physique in a suit also made the audience relentlessly rub. Many fans left the comment that “Is Min Ho filming an advertisement rather than a movie”, others praised the aristocratic appearance of the actor born in 1987 that is very suitable for the role. King in the film, while looking forward to his acting in the future.