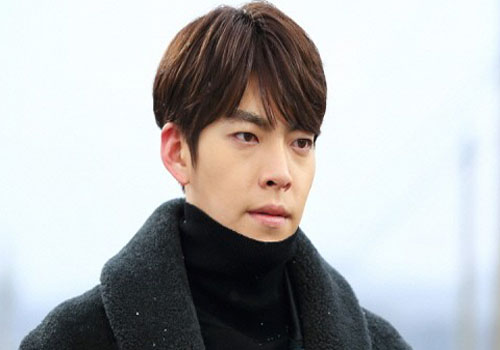 Weibo and media in Indonesia reported that Kim Woo Bin was diagnosed with Corona virus!

Weibo and media in Indonesia reported that Kim Woo Bin was diagnosed with Corona virus!

lovekpop95- Weibo and media in Indonesia reported that Kim Woo Bin was diagnosed with Corona virus!
On the morning of March 18, rumors about Kim Woo Bin were widely shared in the Chinese media. The Somagnews website said it all stemmed from an Indonesian news agency called Ituaja confirming why Kim Woo Bin was infected with Covid-19. The website reported that an employee (referred to as A) who had worked with him had a positive result with Covid-19. The male artist was infected by the virus during a photo shoot with A.

Although the information has not been verified, it has spread at breakneck speed. As of noon 18.3, the management company and Kim Woo Bin have not yet spoken out about this rumor. And the online community is confused as to who to trust.

Many people believe that the rumor is nonsense and unfounded. Even, some fans also emphasized that the messenger wants to get attention and calls on Kim Woo Bin to sue those who spread the story. Some accounts also cited sources saying that the Korean star infected with the new strain of Corona virus was completely fabricated.

However, there were also many comments expressed concern for the actor born in 1989. Fans shared that they would be heartbroken if he became a patient of the Covid-19 epidemic, because Kim Woo Bin had just escaped. from throat cancer not long ago. In addition, fans also hope and believe that he is not really infected with SARS-CoV-2.

It is known that Kim Woo Bin just recovered from his throat cancer in late 2019. Before that, he had to temporarily leave the entertainment industry to focus on healing for more than 2 years. Recently, Shin Min Ah’s boyfriend is expected to re-appear with a film project directed by Choi Dong Hoon, in collaboration with the cast of Ryu Jun Yeol, Kim Tae Ri, Jo Woo Jin, Kim Ui. Seong.
May 2017, Kim Woo Bin suddenly said he had cancer nasopharynx. He suspend all activities and focus on healing. In particular, there was a time when he dropped to 10kg because of chemotherapy.