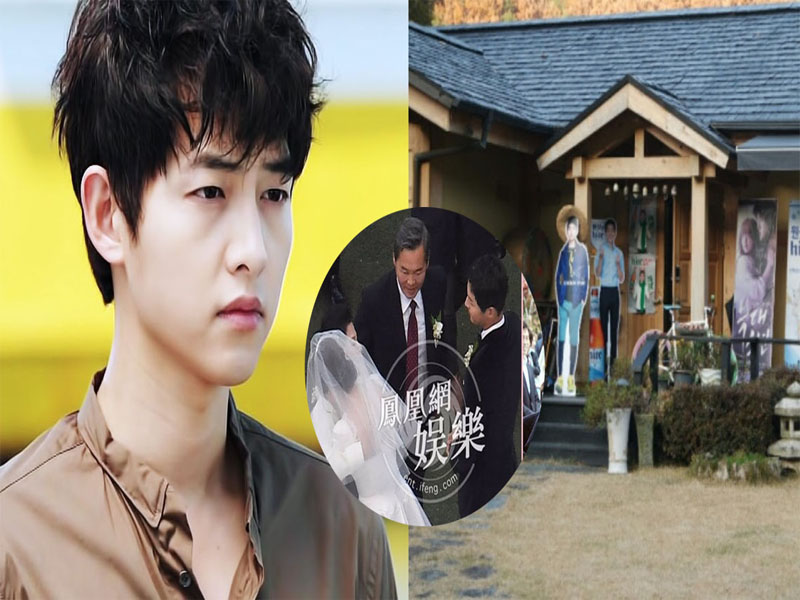 The reason why Song Joong Ki broke the wedding house with his ex-wife Song Hye Kyo.

The reason why Song Joong Ki broke the wedding house with his ex-wife Song Hye Kyo.

Song Joong Ki used to pay for a high-class real estate in Itaewon area to make a home after the wedding with Song Hye Kyo. The wedding house of both has just been demolished.
On March 13, 163 reported that Song Joong Ki’s high-class mansion in Itaewon, Seoul has now been dismantled to be completely rebuilt.

The source said that this is the real estate that the actor Descendants of the Sun used to buy, costing about 10 billion won to make a home after the wedding with Song Hye Kyo. However, the pair of stars have never been there. After the wedding, the two moved to Song Hye Kyo’s house to live temporarily.
According to QQ, the reason why Song Joong ki decided to break this mansion is because it is too old to suit the current living trend, especially he will build a new villa to give to his father. In order to create a home for my father to have a comfortable life when his get old.
After 20 months in the same house, the couple Song – Song break. Because this mansion is used by Song Joong Ki with his own money to buy before the wedding, so after the divorce, this property is still owned by Joong Ki