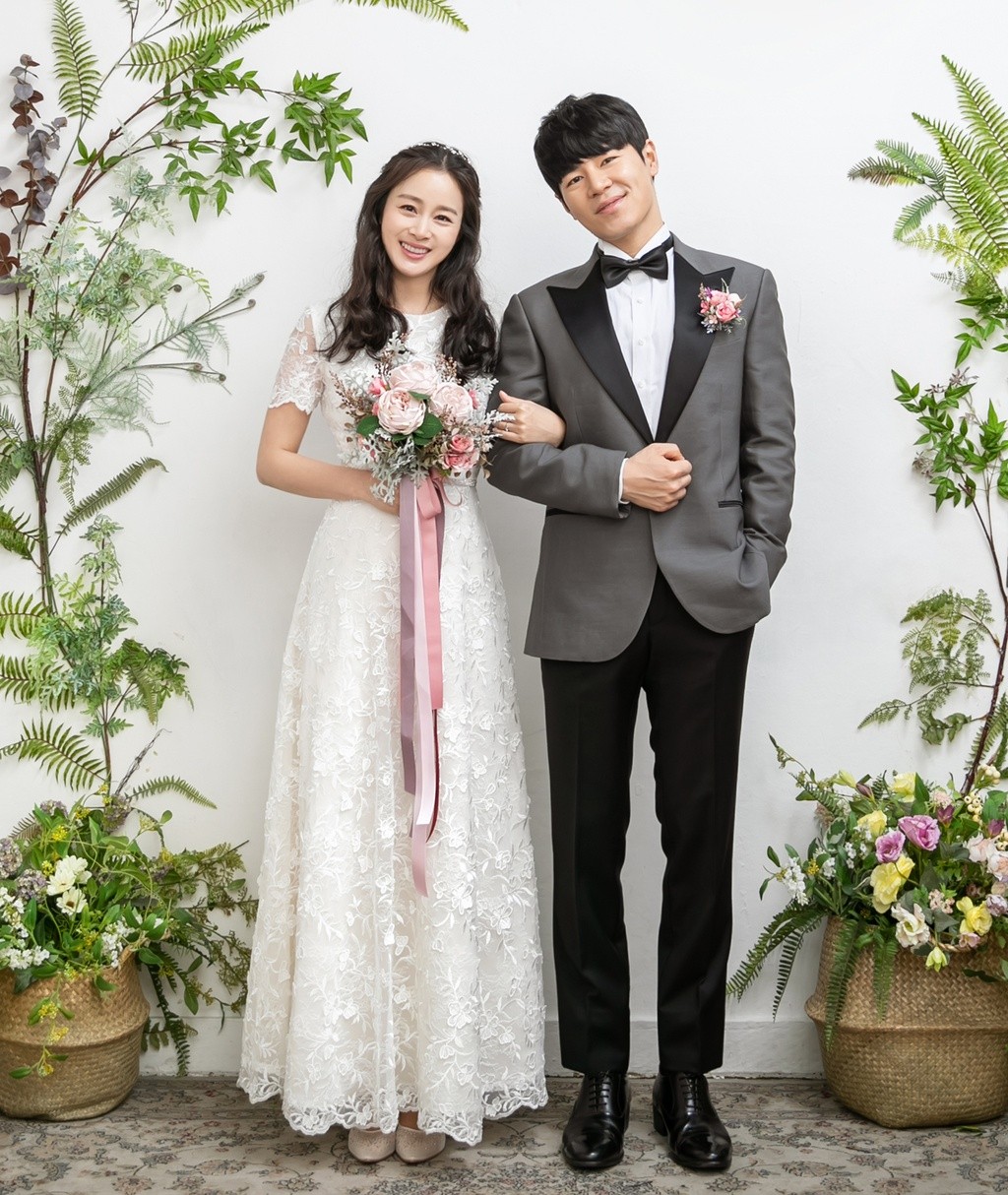 Kim Tae Hee is attracting attention for her role as the ghost mother in the movie “Hi bye mama”. Viewers were fascinated with the beautiful wedding photos of her and actor Lee Kyu Hyung on the film.

Recently, tvN channel shared the wedding photos of Kim Tae Hee and actor Lee Kyu Hyung taken for the movie Hi bye mama. The series of photos is highly appreciated by the Korean public. Many people also think that it is a pity to see Kim Tae Hee in a wedding dress but the groom is not Bi Rain, otherwise the picture is perfect.

In 2017, Kim Tae Hee and Bi Rain celebrated the wedding. The two artists only attended a small church where they usually attended the ceremony, at a very low cost. Even the wedding dress was made by Kim Tae Hee herself. The couple did not make wedding photos. All the money that should have been spent to organize the grand wedding was donated to charity by Kim Tae Hee. Therefore, fans are very happy to see Kim Tae Hee become a bride.

Kim Tae Hee’s Hi bye mama movie did not reach the high rating as Itaewon Class, but it also had its own audience and received positive reviews from the audience. The public commented that the film is rich in humanity with attractive and interesting content, Kim Tae Hee’s acting has also improved.

However, the crew is also having problems because of the Covid-19 epidemic. An employee of the delegation suspected of being infected with corona virus and had to undergo testing. Although the result of this employee was negative, but to ensure the safety of the artists, the drama Hi bye mama has stopped filming since March 1.

Kim Tae Hee and Bi Rain are the most admired couple in Korea. They live discreetly, rarely appearing together because they want to keep the most private life. Sometimes, netizens come across plain-dressed couples going on dates, enjoying good food, or traveling. The simple and modest living helped the two artists receive the sympathy of the public.

Besides, Kim Tae Hee and Bi Rain are artists who are very active in charity. When the two daughters were 100 days old, they silently paid 200 million won to the organization to protect mothers and children.

Recently, when the nCoV epidemic caused the Korean economy to stagnate, the couple also decided to reduce their rent for businesses and tenants by 50%, which earned praise from the online community.