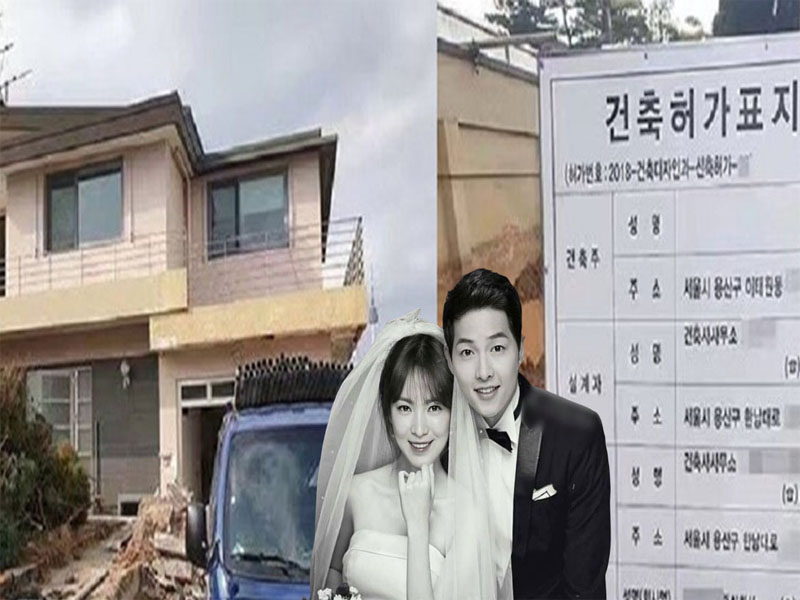 Lovekpop95- Song Joong Ki destroyed the wedding house with Song Hye Kyo – Build a new house for dad and brother!
The mansion in the Itaewon neighborhood in Seoul believed to be Song Joong Ki and Song Hye Kyo has now been dismantled.

According to QQ and 163, this is the property purchased by Song Joong Ki before getting married for 10 billion won (approximately 195 billion). After the wedding in October 2017, the villa became the home of the Song – Song couple. After the divorce, this property is still owned by Song Joong Ki because he is the one who bought it with his money.
QQ Reveals More Song Joong Ki decided to tear down this mansion because he wanted to erase the love sign with Song Hye Kyo. He will build a new house to dedicate to his father and brother.

The villa consists of two floors, a basement built on an area of ​​371.7 square meters. The garden area is about 250 square meters. The Korea Herald newspaper said Song Joong Ki bought the villa in January 2017 right after considering marriage. From the summer of that year, the Song – Song secretly conducted repairs. Villa design with modern style, simple details, no fuss. Gray and white are the two main colors. Another highlight is the green area outside for privacy.
Based on the latest photos, the villa has become a construction site. It is known that the “trace of love” of the Song – Song couple will be deleted, replaced by a new building with 2 main floors and 3 basements, total area up to 1,000 square meters. This project is expected to be completed in June 2020