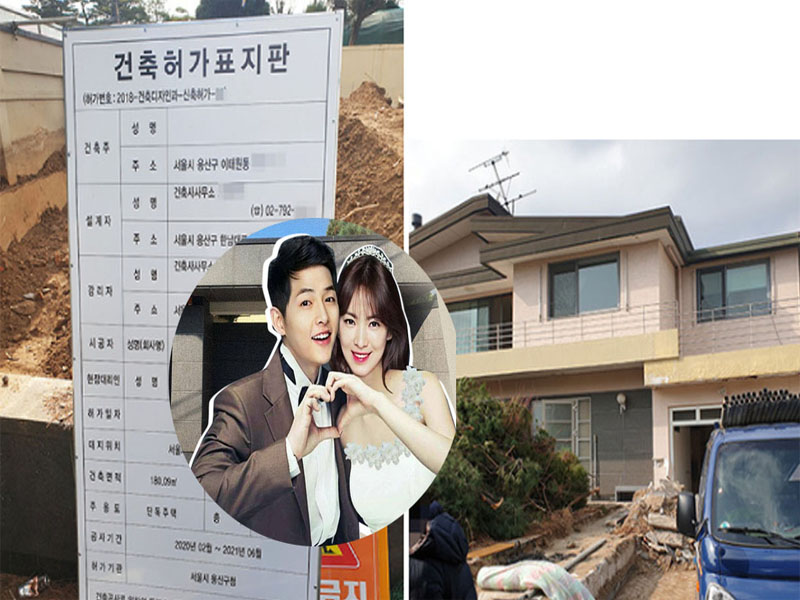 On March 13, 163 reported that Song Joong Ki’s high-class mansion in Itaewon, Seoul has now been dismantled to be completely rebuilt.

The source said that this is the real estate that the actor Descendants of the Sun used to buy, costing about 10 billion won to make a home after the wedding with Song Hye Kyo. However, the pair of stars have never been there. After the wedding, the two moved to Song Hye Kyo’s house to live temporarily.

After 20 months in the same house, the couple Song – Song each other goes. Because this mansion is used by Song Joong Ki with his own money to buy before the wedding, so after the divorce, this property is still owned by the actor Bogota.

Song Joong Ki intends to renovate the building with 2 main floors and 3 basements, total area up to 1,000 m2. This project is expected to be completed in June next year.
The actor unilaterally filed for divorce. He also authorizes the lawyer to resolve all relevant details. The moment after the divorce, the descendant of the Sun often appears with a sad mood, skinny appearance, and sharp colors.

However, recently, a network account shared a series of photos and videos recording the happy party moment of Song Joong Ki and the Bogota crew in Colombia.

The actor concentrated on his career after the noise surrounding a broken marriage with the beautiful Song, when he finished filming the blockbuster Victory, he went abroad for 3 months to shoot Bogota.