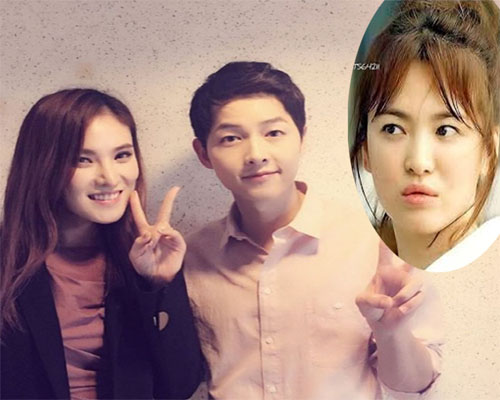 Some Korean sites have suggested that Song Hye Kyo may be holding the secrets of Song Joong Ki, causing the actor to suddenly shut up and “disappear”.

According to Korean Twitter, Sports Chosun, Song Hye Kyo’s willingness to face the media after being divorced by Song Joong Ki showed that she is completely in control.

At the end of June, Song Joong Ki unexpectedly announced his divorce application. Afterwards, the actor repeatedly blamed on Song Hye Kyo. However, after that, the actor suddenly went missing and silent did not appear nor did he raise any further information.

Many information said that, maybe, the actress “Descendants of the Sun” is holding many secrets of Song Joong Ki during 2 years as husband and wife. There are also rumors that Song Hye Kyo may have caught evidence of Song Joong Ki’s adultery. However, the above information is not groundless, neither have officially spoken out about the cause of the divorce.

Song Hye Kyo and Song Joong Ki developed the love from working together in “Descendants of the Sun”. The couple’s wedding of the century has received countless blessings from the public. Beautiful love story ended after 2 years of living made the fans regret.