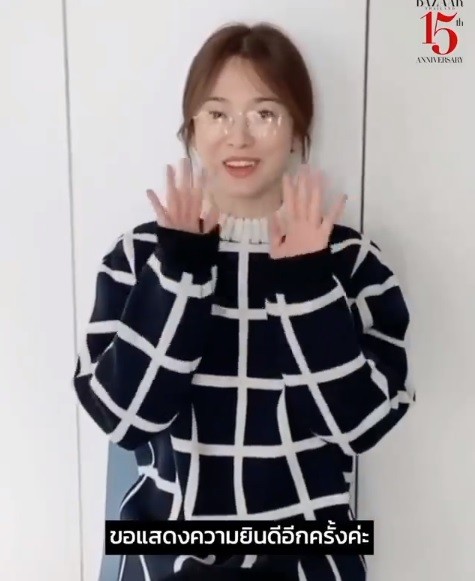 Recently, a clip of Song Hye Kyo congratulated the magazine Harper ‘Bazaar Thailand on the 15th anniversary of the publication of the song. Looking at the checkered costume that Hye Kyo uses, you can see that this is a new video made in Korea. In the clip, she greeted the fans in the land of the Golden Temple and did not forget to express her joy in the process of making impressive photos for the magazine.

Since his divorce with Song Joong Ki until now, Song Hye Kyo has never participated in any public activities in his homeland but only participated in events abroad. Despite being criticized by netizens like that, Hye Kyo proved very calm. She focuses on completing her own work projects.