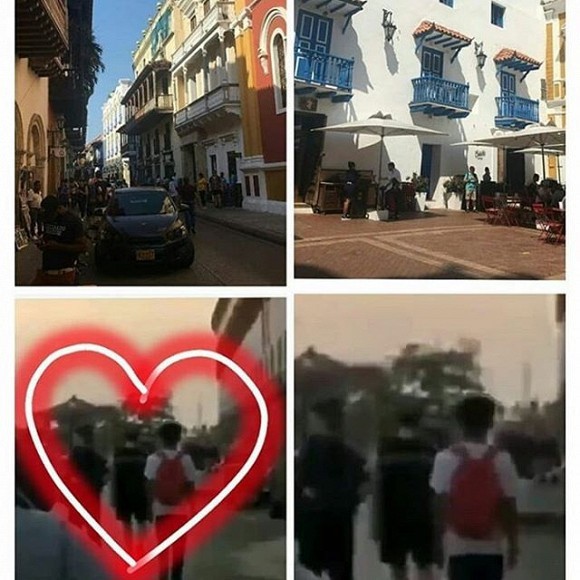 Recently, Hong Kong media continuously reported that Song Hye Kyo had a handsome new boyfriend, wealthy and more prestigious than Song Joong Ki. Not only that, she is also said to be preparing to remarry with this person.

Song Hye Kyo has never spoken before the rumor. She herself happily gathered friends not to let bad information affect her life.

As for Song Joong Ki, he didn’t pay much attention to news related to his ex-wife. Actor “Descendants of the Sun” focused on new filming in Colombia.

Recently, Song Joong Ki was spotted appearing on Cartagena streets with his manager and some members of the delegation.