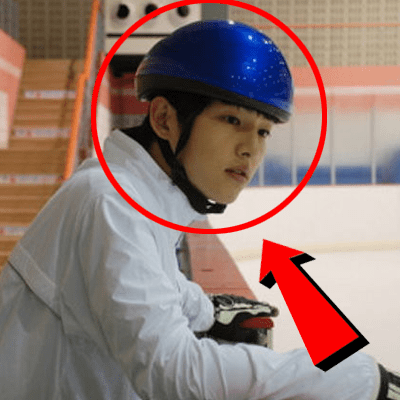 You probably did not know, Before becoming the leading Asian actor, ex-husband Song Hye Kyo had a passion for skating.
Song Joong-ki used to be a short-distance speed skater and three times represented his hometown Daejeon attended the national speed skating tournament (he used to play a figure skater national speed in the drama Triple) However, he had to give up the sport after suffering a knee injury in his first year of high school. Leaving aside the athlete’s dream, Song Joong-ki then completely focused on his studies and his scores improved significantly, even reaching the highest score for all his subjects. He excelled during his high school studies and achieved 380 points out of 400 for the national university entrance exam, accepted into the prestigious Sungkyunkwan University. While in Seoul preparing for the entrance exam, he was recruited on the subway by an employee of a company but did not immediately accept because he was still confused about his career path. and also because his father initially opposed him becoming an actor. He continued his studies after deciding to enter the entertainment industry during his third year in college, eventually graduating with a degree in business administration and a second degree in broadcasting.
In addition to the success of his career, Song Joong Ki is also known for marrying Song Hye Kyo. However, their marriage was short-lived and the two filed for divorce in July 2019