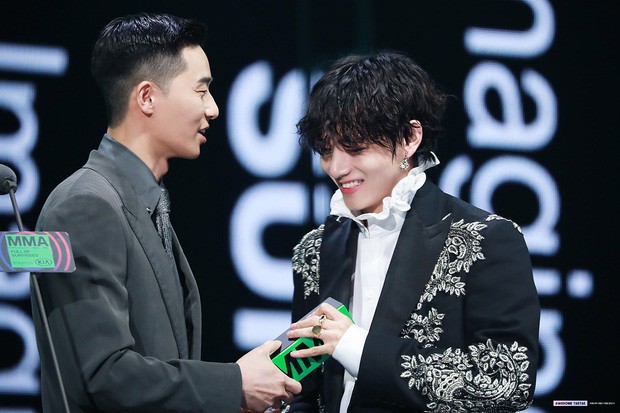 by admin
in K-Music
0

V and Park Seo Joon became close after starring in "Hwarang", after the movie the two still keep friendship in real life.

“Itaewon Class” is currently the hottest Korean drama with many thrilling and interesting details and a cast of personalities. In the coming days, the heat of “Itaewon Class” promises to increase but not decrease when the media recently reported that V – handsome boy from BTS will participate in OST singing for this movie.

Not long ago, V once revealed to fans that he wanted to sing the soundtrack for “Itaewon Class” and it seemed that his wish came true. Park Seo Joon – the male protagonist of this cult movie that is extremely close to V. Both knew each other when they starred in the historical drama “Hwarang” in 2016, and V and Jin also sang the soundtrack called “It’s Definitely.” You “for this movie.

If singing the OST for “Itaewon Class”, this will be the first time V will perform a solo soundtrack song. Currently, fans are really looking forward to seeing him show his voice in this super hot drama, supporting his close friend Park Seo Joon.