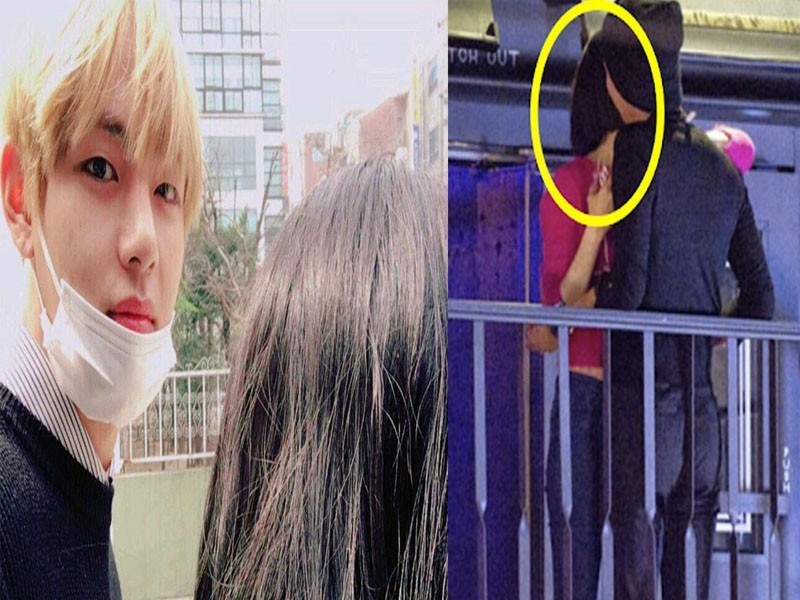 Sohu on March 6 has an article revealing the love story of V (BTS) and Jisoo (BLACKPINK). Confirmed the two were in a relationship dating.
According to that, Soho uploaded a picture of supposedly V (BTS) and Jisoo (BLACKPINK) kissing. The article claims that it’s not their love affair now that they started dating in early 2019.
Previously, a post on the popular Korean social networking site Pann caught the attention of fans for pointing out a series of similarities between the handsome male V (BTS) and the beautiful goddess Jisoo (BLACKPINK), making Aroused dating rumors of representatives of the two most powerful boy and girl groups today. Worth mentioning, if this is not simply a coincidence, this couple is really too obvious in expressing affection.

Specifically, the author of the post found that V and Jisoo wore identical In-ear monitors (IEM) in the same event they attended, and this happened twice. In addition, these two idols also constantly make a heart shape in a very special and strange way in very close time. Having been MCs on a music program together, V and Jisoo used to have such close interaction that they became a craze for a while. Many factors combined make the public doubt the relationship between 2 excellent idols of BTS and BLACKPINK.