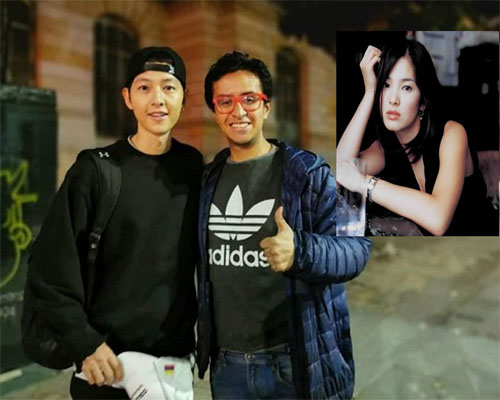 This is Song Joong Ki’s first move after Song Hye Kyo was criticized in Korea.

This is Song Joong Ki’s first move after Song Hye Kyo was criticized in Korea.

lovekpo95- This is Song Joong Ki‘s first move after Song Hye Kyo was criticized in Korea.

While Song Hye Kyo received many criticisms, Song Joong Ki received sympathy from the public.
Recently, a new picture of Song Joong Ki in Columbia has been posted online. In the photo he wears dark clothes, wears an inverted hat, and shows a friendly smile on the camera lens. Despite his simple appearance, Joong Ki still received many compliments from netizens.

They praised him to keep his handsome appearance. In addition, netizens also praised Song Joong Ki’s hard-working attitude as well as his silent support of 100 million won for fighting COVID-19 epidemic in Korea despite being filming overseas.

The fact that Song Joong Ki is exposed makes the people more annoyed with Song Hye Kyo. Many people criticized her heartlessly for not raising encouragement or donating anything to her hometown of Daegu, where she was struggling to fight the corona virus. Meanwhile, previously she and her best friend Yoo Ah In shared clips of support for Wuhan.