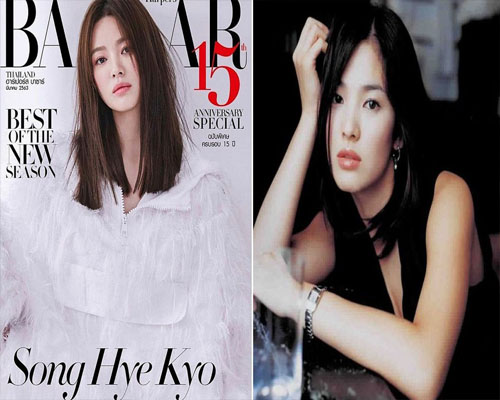 Song Hye Kyo suddenly appeared “strange” on the cover of Thai magazine after being criticized in Korea.

Song Hye Kyo suddenly appeared “strange” on the cover of Thai magazine after being criticized in Korea.

Recently, Song Hye Kyo became the cover face of Harper’s Bazaar Thailand magazine. Appeared in a white outfit from the Dior brand, the actress “Descendant of the Sun” impressed with a youthful straight-pressed hairstyle. Thanks to the bright make-up, Song Hye Kyo shows off her natural beauty.

This image of Song Hye Kyo was spread by fans on social networks. However, there are many netizens who are upset that Song Joong Ki’s ex-wife is just absorbed in overseas activities but indifferent to the domestic market.

Since her divorce with Joong Ki, she has not participated in any public activities in Korea until now but only attended events held in other countries. In addition, Song Hye Kyo was also criticized for supporting Wuhan and heartlessly donated nothing to her hometown Daegu during the COVID-19 epidemic.