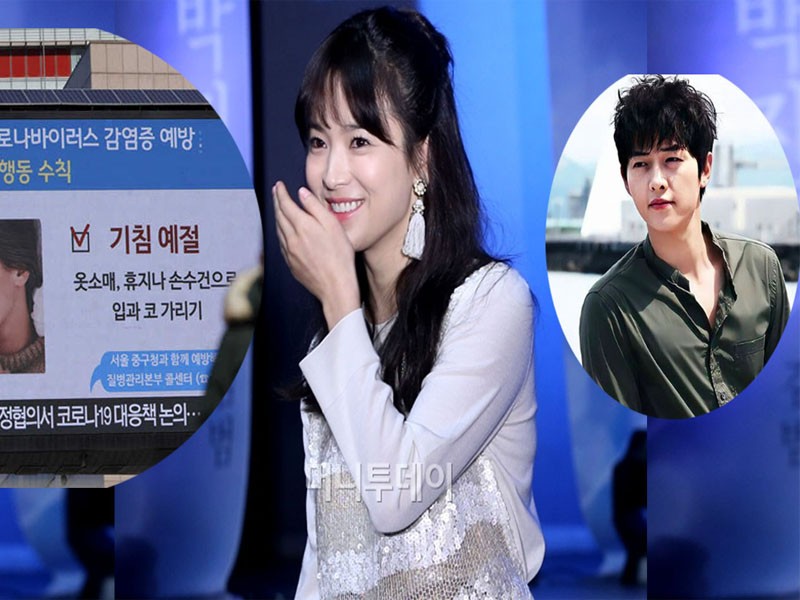 Song Hye Kyo was criticized for not donate to hometown Daegu while Song Joong Ki was praised.

Song Hye Kyo was criticized for not donate to hometown Daegu while Song Joong Ki was praised.

lovekpo95- Song Hye Kyo was criticized for not donate to hometown Daegu while Song Joong Ki was praised.

Song Hye Kyo was born in Daegu. However, since the outbreak of Covid-19 to date, the actress has never voiced encouragement or donation to support victims of the disease in her home country.
On February 27, Song Hye Kyo returned home after attending Milan Fashion Week (Italy). When her series of photos at the airport was posted online, the audience left mixed reviews.
On Naver, the audience criticized Song Hye Kyo quite heavily. “When Wuhan was infected with Covid-19, she raised money to support and even posted on social media to support the Wuhan people. But now that Daegu is the center of the translation, what do you do?”, ” Do you only support Wuhan but not support Daegu? “,” She’s a heartless person who only makes money “… are the comments of Korean netizens.

Besides, the reason why Song Hye Kyo is criticized is because she has not donated to support corona virus victims. By the afternoon of February 28, nearly 100 Korean artists have raised an amount of about 2.5 million USD to support people in the region. In particular, her ex-husband Song Joong-ki also donated 100 million won to the Korea Disaster Relief Association to help prevent the spread of COVID-19.

Earlier, in early February, Song Hye Kyo shared a short video to support the people in the center of Wuhan on the personal page. The video uploaded by the actress has the words “Love for human”. After that, the word “human” will be reversed to become “Wuhan”.

Yoo Ah In – a close friend of the actress – was also similarly criticized for not raising her voice and raising money to support the locals despite sharing a video about Wuhan. The actor is also originally from Daegu.