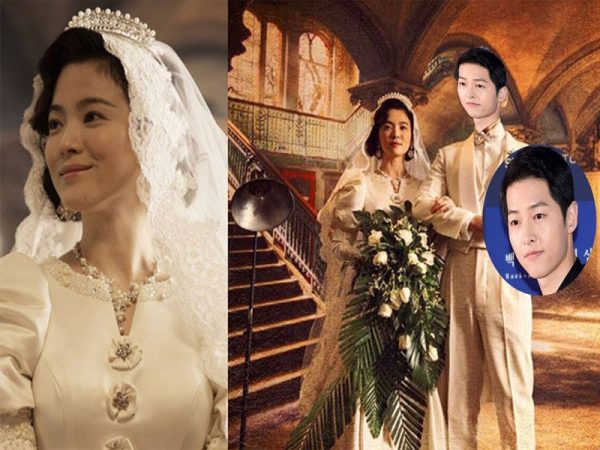 Song Hye Kyo is about to remarry with Song Joong Ki – not another man?

Song Hye Kyo is about to remarry with Song Joong Ki – not another man?

lovekpop95- Song Hye Kyo is about to remarry with Song Joong Ki – not another man?

The famous marriage of actors Song Hye Kyo and Song Joong Ki officially ended at the end of July 2019. Although the relationship ended, but the controversy surrounding the divorce of both have persisted over the past time.

During more than a year, both always attracted special attention from public opinion. Some local newspapers claim that the two reunite.

However, representatives of Song Hye Kyo and Song Joong Ki quickly spoke up, correcting that it never happened. Currently, the life after their divorce is very quiet and all activities and work schedules continue as usual.
However, there are still a lot of people waiting for the two to remarry. Many people still believe that there is always room for each other in the heart.
Sohu recently published an article with the title: “News that Song Hye Kyo is about to get married, the beauty and status of this person are far from Song Joong Ki.” The article immediately received attention. special of netizens.

In the article, the author devotes 2/3 of the content to recall the old stories of the couple. In the ending, this person confirmed that Song Hye Kyo will enter the marriage life in the near future.

“Song Hye Kyo’s fiance is a rich man from Hong Kong. This man is described as talented, rich and handsome. Compared to all the conditions are slightly better than Song Joong Ki, ”according to the article.

A source confirmed that it was because Song Hye Kyo knew the man that it led to her and Song Joong Ki breaking up. However, the other side said that the Song – Song couple divorce has nothing to do with Song Hye Kyo’s new lover.

Notably, this information was re-emerging from Chinese media, instead of Korea – where both actors live and work. In the midst of the talk, many doubts about the authenticity of the story. The media contacted manager Song Hye Kyo but did not receive a response.