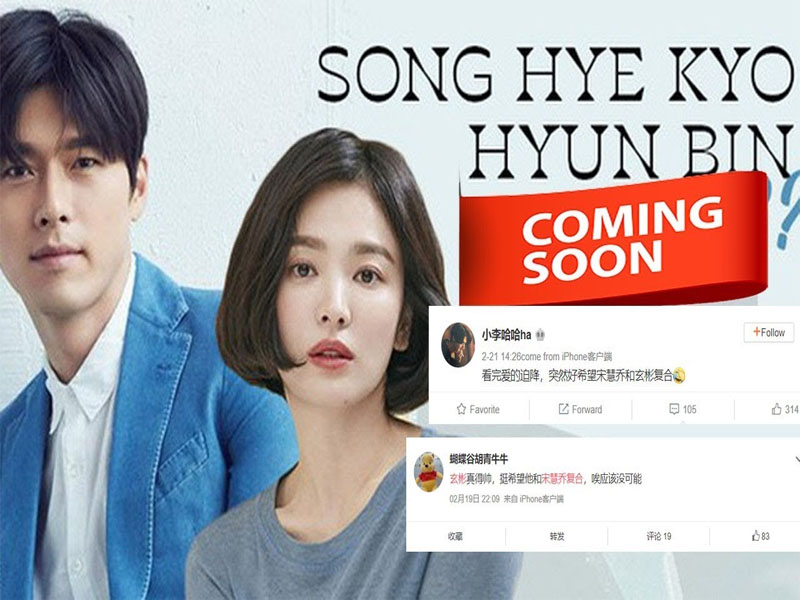 Although Hyun Bin and Song Hye Kyo’s love ended long ago, many people still refer to them as a beautiful couple of Korean showbiz.

On March 8, 2011, after 3 years together, Hyun Bin and Song Hye Kyo officially broke up, press releases were sent to the media by representatives of both sides.

In their press release, the management representatives of both said, “Because of their busy filming projects and overseas work schedules, the two cannot take care of each other when they are in need. come.

Meanwhile, both the public and the press are very attentive to the development of their love affair, making them even more pressured. The two have been repeatedly tired of rumors of unknown origin surrounding private matters.

Neither has the time nor the comfort to overcome these obstacles, resulting in a huge void in the relationship. ”

One day earlier, on March 7, 2011, Hyun Bin officially joined the navy at Segyeri. That day, 700 people went to say goodbye to Hyun Bin but no Song Hye Kyo.
Hyun Bin – Song Hye Kyo, is there a chance to get back together?

Less than a year after dating Kang Sora, Hyun Bin announced his breakup. On July 22, 2019, the Seoul court officially declared that all procedures for the divorce of Song Hye Kyo and Song Joong Ki were completed. Song Hye Kyo returned to being single after an 18-month marriage.

After Landing at him, Hyun Bin once again proved to be the golden man in the hearts of the girls. Hyun Bin is in his late 30s, it’s not too early to talk about dating and getting married. Previously, the actor once revealed he hoped to get married before the age of 40.

The positive effect of the movie Landing where he also made many fans of the couple Hyun Bin – Son Ye Jin was born. The sweet interaction of both from movie and real life makes many netizens hope the couple will “make things happen”.

However, in contrast to the cooperation of netizens, Hyun Bin was extremely bluntly denied dating information.

Before the determined attitude of Hyun Bin, many netizens suddenly “pushed the boat” Hyun Bin – Song Hye Kyo even though both have been separated for nearly 10 years. On many Chinese forums, where Song Hye Kyo is considered an “angel”, she has repeatedly talked about her wish to return to Hyun Bin.

According to many people, up to now, Song Hye Kyo is the girl that Hyun Bin has been the longest to stick with.

The two also have a lot of similarities and Song Hye Kyo is also close to the type of girl that Hyun Bin wants to stay with for the longest time. Hyun Bin once shared that he likes girls with beautiful hands, who can stay by his side to share ordinary life stories.

Once hurt because of marriage, but now Song Hye Kyo is single, she has the right to date a relationship with anyone.