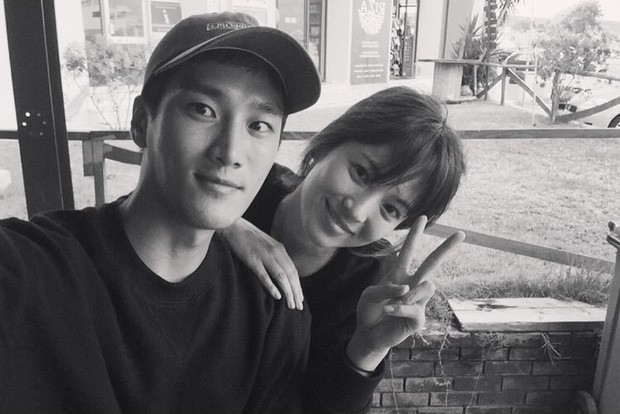 Ahn Bo Hyun of Itaewon Class: A hot model of 1000 degrees, and his secret love for Song Hye Kyo

Ahn Bo Hyun of Itaewon Class: A hot model of 1000 degrees, and his secret love for Song Hye Kyo

In the movie “Itaewon Class” in addition to the male lead Park Seo Joon, Jang Geun Won, played by actor Ahn Bo Hyun, is also an equally attractive character. Despite the villain image, Jang Geun Won still makes the sisters association crazy because of his handsome face and hot body, standard to every centimeter. Worth mentioning, this guy also participated in the Asian phenomenon film “Descendants of the Sun”.

Ahn Bo Hyun started his career as a model, in 2014 he moved into acting. As soon as he appeared in the movie “Golden Cross”, the actor born in 1988 has received attention from a large audience of kimchi. Later, Ahn Bo Hyun became more and more famous when appearing in a series of hit films like “Descendants of the Sun”, “Anecdotes about Hong Gil Dong”, “The secret of fangirls” …

Kim Woo Bin’s best friend
Ahn Bo Hyun is known to be one of Kim Woo Bin’s best friends. Both graduated from the same model training school. Ahn Bo Hyun revealed on Radio Star, Kim Woo Bin was the most important person in his acting career.
Close to Song Joong Ki and once … secretly fell in love with Song Hye Kyo
In addition to Kim Woo Bin, the actor also has a close relationship with Song Joong Ki. After the “Descendants of the Sun” ended, Ahn Bo Hyun regularly participated in gatherings with actor Song. Worth mentioning, also in the program “Radio Star”, the actor Ahn admitted to secretly falling in love with Song Hye Kyo. Ahn Bo Hyun revealed, he was fluttering in front of the Song’s beauty at first sight.