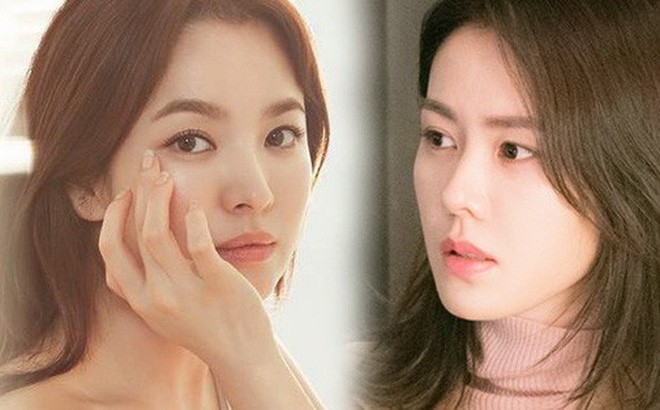 Among Hyun Bin‘s co-stars, Song Hye Kyo and Son Ye Jin are the two names most noticeable about beauty, career, personal life as well as love rumors with him.

The powerful spillover effect of the drama Crash Landing on You gave Hyun Bin the name of widespread coverage. The actor conquers a large audience with his handsome appearance, soulful acting and the chemistry with Son Ye Jin. Because of the way of juggling, the two stars faced countless rumors of marriage and marriage. Before Son Ye Jin, there was another pearl with Hyun Bin who was constantly in love affair during the collaboration, which is Song Hye Kyo. The two most famous screen lovers of the actor possess the top beauty of Korean showbiz, sublimation career and noisy private life.

In 2008, Hyun Bin and Song Hye Kyo collaborated on the movie The World They Live in. In June of the same year, the couple opened their hearts to the public after a period of dating rumors. Hyun Bin once shared that both are not the type who easily flutter but their love develops naturally after their days together on set. However, this affair was opposed by fans of both artists. Meanwhile, the Korean media praised this as a “dream couple”. However, Hyun Bin and Song Hye Kyo still declared their paths after 3 years.

Song Hye Kyo is a famous Korean female pearl. Sweet beauty with elegant face, her full lips is an aesthetic standard in Korea. Most of the domestic beauty rankings are not without Song Hye Kyo.

A series of hit works such as Full House, Descendants of the Sun … brought the reputation of Song Hye Kyo beyond the Korean border to reach other Asian countries. As a famous actress, her talents are always controversial. Song Hye Kyo often attaches herself to the meek, frail, fragile role, rarely leaving the safe area. Many viewers disparage the one-color, faded way of acting, lacking in beauty.

In the impression of the Korean public, Song Hye Kyo is a beautiful woman. She often dated her co-star and became involved in love rumors with many male stars. In addition to Hyun Bin, the actress once loved Lee Byung Hun and suspected dating with Kang Dong Won, Bi Rain, Jo In Sung … Many years of love affair, Song Hye Kyo decided to marry Song Joong Ki – co-star in the movie Descendants of the Sun. The wedding was held on October 31, 2017. However, the marriage lasted for only 20 months and then broke down.

After Song Hye Kyo, Son Ye Jin is the second co-star with Hyun Bin constantly in love affairs. Only one difference, Song Hye Kyo has become the girlfriend of the actor, and Son Ye Jin still insists they are close friends. However, many fans still hope that Hyun Bin and Son’s beauty are really dating because they are so perfect and beautiful in Crash Landing on You.

If Song Hye Kyo is a famous pearl, Son Ye Jin is also known as the “national first love” of ten thousand people. From the time she entered the profession, the beauty of the beautiful Crash Landing on You soon caught attention. She possesses both pure and sexy beauty and charming smiling eyes. Son Ye Jin repeatedly entered the prestigious beauty rankings in Korea.

In addition to beauty, Son Ye Jin also overwhelmed the audience by her impressive acting career. She has made a name for herself through many quality film and television projects. On the big screen, the actress shined thanks to works such as The Class, A Moment to Remember, April Snow, My Wife Got Married, The Negotiation … Her talent was honored through many prestigious film awards such as Blue Dragon Cinema Award, Baeksang Art Award …

On the small screen, Son Ye Jin is famous for movies like Summer Scent, Alone in Love, Something in the Rain … Thanks to that, she reaped countless TV awards from many big stations like SBS, KBS, MBC … In any field, beautiful people are impressed with flexible acting, especially risk-taking, not afraid to step.