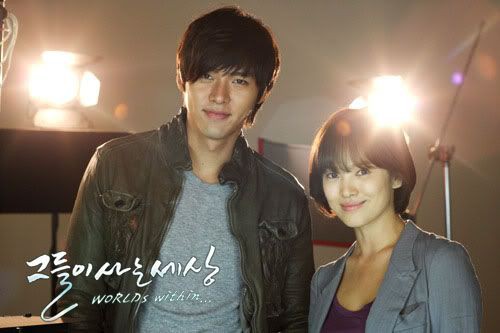 When Song Hye Kyo broke up with Song Joong Ki, fans still regretted her 3-year relationship with Hyun Bin and wished the two of them could return to each other.

Hyun Bin is living in an apartment of a famous apartment complex named Mark Hills Villa – located in Heukseokdong, Dongjak District, Seoul and is the neighbor of the powerful couple Jang Dong Gun and Go So Young.

Not only that, the Hyun Bin family company also owns a lot of valuable real estate in Gangnam. In addition to filming and advertising, Hyun Bin is also involved in the business.

When referring to Hyun Bin’s ex-boyfriend list, many people almost only remembered the name Song Hye Kyo. This is also the most unforgettable love story of the actor.
In 2008, Hyun Bin and Song Hye Kyo met on the set of The World That We Live In. The film not only made their reputations more and more famous, but also brought them a beautiful love.

That day, Song Hye Kyo and Hyun Bin were dubbed the most beautiful couple in Korea when they matched both appearance and reputation. When both were officially announced to the audience in 2009, they received special attention from the public.

Hyun Bin once shared about his girlfriend: “I’m not a person who is easily shaken at first sight, and so is Song Hye Kyo. Our feelings naturally develop when meeting each other on set every day on set. The emotional scenes brought us together. “

In an interview, Hyun Bin revealed his love story with Song Hye Kyo. He said what he liked most about his girlfriend was that they could talk a lot. According to media analysis that day, Hyun Bin was quite introverted and Song Hye Kyo was the only girl he could open his heart to share his life with.

However, the two are extremely reserved in their love affairs. Because of concerns that media Hyun Bin and Song Hye Kyo often do not date outside, do not appear together at events. The two have a mutual interest in each other and often date at home.

According to a close source, Hyun Bin took care and loved Song Hye Kyo a lot during the period of love. There was a time Song Hye Kyo acted in China for a long time, Hyun Bin called everyday to hear the voice of his lover.

However, after 3 years together, Song Hye Kyo and Hyun Bin’s love came to a dead end when the two were too busy with their own projects. In early 2011 the couple officially announced their breakup in the regret of so many people. Before the day of announcing the breakup, Song Hye Kyo also left Hyun Bin a last message: “Please stay healthy and live well”.

According to a close source, Song Hye Kyo and Hyun Bin still love each other when they break up but they believe that being apart is a good thing for both when the actor is about to enter 2 years in the army. Therefore, the two decided to announce the breakup on Monday when Hyun Bin officially enlisted.

After breaking up with Song Hye Kyo, Hyun Bin took 5 years to forget his old love. In December 2016, the actor confirmed to be dating Kang Sora. However, this love story quickly ended after 1 year.