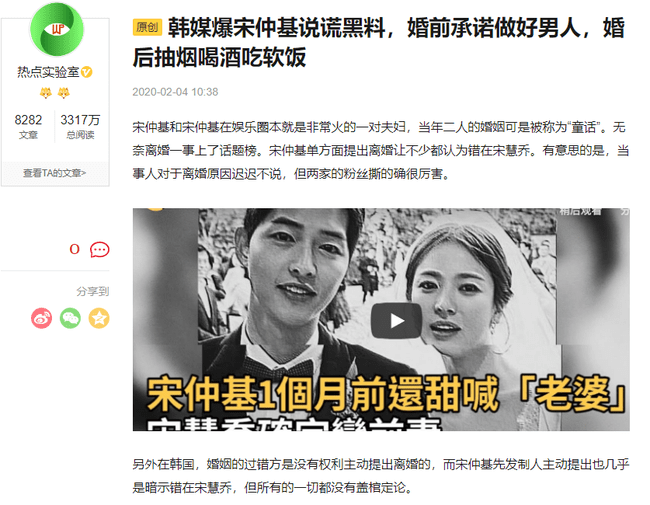 Song Joong Ki was suddenly called “a liar” by Korean netizens because of his heterogeneous attitude before and after marriage. Accordingly, in an interview before marriage, Song Joong Ki once shared his opinion about not liking giving gifts to girls. However, after marrying Song Hye Kyo, Song Joong Ki spent a large amount of money to buy a mansion to use as a wedding house. In addition, before getting married, Song Joong Ki also said that he never smokes, because this causes bad effects on the skin. However, the actor “Descendant of the Sun” was later caught smoking and drinking alcohol.

Song Joong Ki broke up with Song Hye Kyo from June 27. At that time, the actor decided to divorce without notifying his ex-wife. He also did not want to dispute the property, but authorized the lawyer to solve the problem as quickly as possible. In Korea, actors are the ones who receive more support. Meanwhile, Song Hye Kyo was criticized for a variety of reasons.